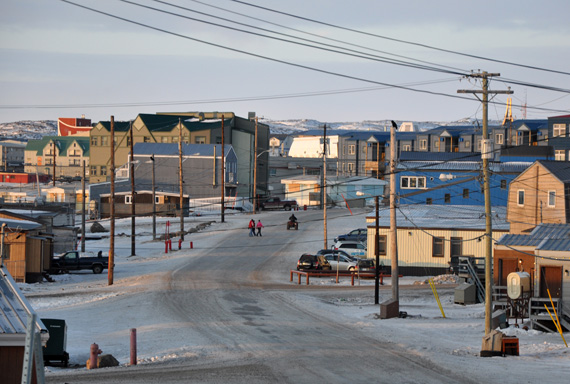 If a catastrophic situation ever occurs in Iqaluit, officials from more than two dozen agencies in the city hope to be better prepared. (FILE PHOTO)

If a water main fails or electrical generators break down in Iqaluit, compromising thousands of lives, the city now has a response plan.

That’s because the emergency preparedness advisory committee, with representatives from 24 agencies in Iqaluit, has been meeting monthly to create contingency plans to guide action if or when a catastrophe occurs.

RCMP Sgt. Kevin Lewis never wants to see the day when these plans come into action.

“We can’t truly test them until it actually happens — I hope that we never actually [truly] test them,” Lewis said.

But city officials and agencies such as the police can practice for the worst-case scenario. That’s why plans are in the works for a simulated blackout disaster where “we lose something that we need to survive up here.”

On some day at the end of October, all agencies associated with the committee will be put to the test by coping with a run-through of a disaster scenario.

The specifics of that day are unknown, so that the initial surprise element is not lost.

Those involved in the response will face challenges like distributing water and food, conserving fuel, landing emergency aircraft, and housing people.

“It’s a quick and dirty scenario to get an idea of where we’d realistically stand if there was a situation where we’d lost power for a lengthy, catastrophic amount of time,” Lewis said.

The city will not actually face a blackout, but Lewis said this practice run will help pinpoint flaws in the emergency response that might not be seen when creating action plans.

“It will test the response of city and partner agencies to help us realize where our strong points are, and where we may need to improve our response,” Lewis said.

Ultimately these practice-runs will ensure “everyone can work together to meet the common goal we’re trying to achieve, rather than all of us running around like chickens with our heads cut off,” he said.

But the meetings so far haven’t just prepared participants for a disaster scenario. Lewis says all the agencies in Iqaluit now have closer ties with each other, making it easier for them to handle smaller, less catastrophic situations.

“What we’re realizing is that there was maybe a lack of communication at that planning stage and contingency stage, which is really streamlining now, and we’re really seeing the benefits of that right now,” he said

Committee members now know each other, making it easier to work together. Meeting regularly also helps everyone get to know new members of emergency services, like new fire chief Luc Grandmaison.

“He’s got a wealth of experience with emergencies and fires and catastrophes. He seems to be on his game, I think he’ll be a great resource here for the city,” said Lewis. “I’m pretty impressed.”

The disaster scenario response will take place the last week of October.