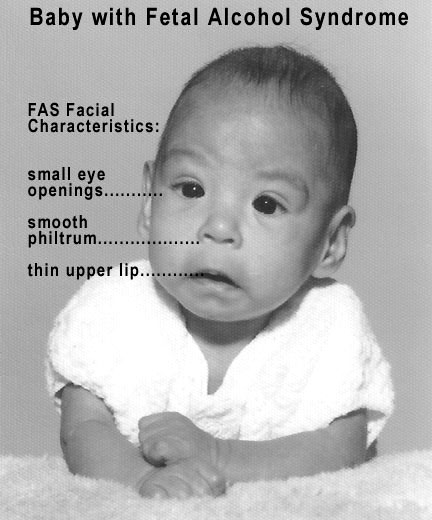 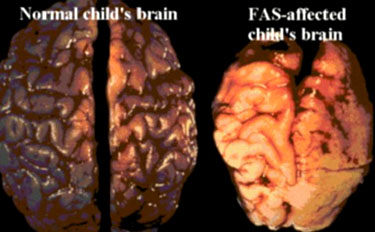 These images show the difference between a normal child’s brain and the brain of a child affected by FAS. Brain damage caused by exposure to alcohol in the womb is permanent and irreversible. (WIKIMEDIA COMMONS IMAGE)

In a stinging judgment Sept. 4 that lambastes the Government of Nunavut for ignoring the many people who suffer from fetal alcohol spectrum disorder, Justice Robert Kilpatrick called on the territory’s lawyers to advocate for the needs of the disadvantaged.

“If social justice is to be more than a fond hope, or distant mirage, for the poor, the disadvantaged and marginalized citizens of Nunavut, the legal profession as a whole must learn to speak up for those who have no voice,” Kilpatrick said.

Kilpatrick made those remarks in a written sentencing judgment for Peter Joamie, 23, of Iqaluit, who had earlier pleaded guilty to the Jan. 16, 2010 sexual assault of a sleeping Iqaluit woman.

Joamie suffers from FASD. That’s the clinical term for the range of permanent mental and physical disabilities suffered by those who were exposed to alcohol inside their mothers’ wombs.

Some of the most common symptoms of FASD, and its best-known variant, fetal alcohol syndrome, or FAS, include a permanently damaged brain and nervous system, leading to mental retardation, poor impulse control and various mental health problems.

“At the age of four, the accused was identified as suffering from fetal alcohol spectrum disorder (FASD). He has struggled in school. He has what has been described as having a very low learning capacity,” Kilpatrick said.

But Kilpatrick said Joamie’s lawyer, Scott Weildon, was not able to provide the court with expert forensic evidence on the young man’s mental deficits.

For that reason, Kilpatrick said he had no choice but to reject the defence lawyer’s request for a special non-jail sentence.

What he did find out, from evidence given by the GN’s chief medical officer and the territorial manager of community wellness, is this:

• there are no programs or services of any kind at the community level to help people who suffer from FASD;

• there are no structured living facilities to help “severely damaged citizens;” and,

• the GN’s FASD co-ordinator position was eliminated in 2011.

But Kilpatrick said if the territory cannot provide the services needed to diagnose people with FASD, then the court will order that it be done when necessary.

“The court will not hesitate to do so where this is required for sentencing purposes,” Kilpatrick warned.

And in the end, the GN’s bean counters will end up paying anyway, Kilpatrick said, out of the budget of the Department of Justice.

“The Department of Health’s failure to provide these diagnostic services within the territory results in more delay in the provision of this service and greater cost to the taxpayer,” he said.

“The government of Nunavut and its taxpayers end up footing the bill regardless of which department is ultimately mandated to cover the expenses associated with the diagnosis.”

• there is no residential treatment facility in Nunavut to help alcoholics;

• there is no detoxification centre in Nunavut to help alcoholics dry out; and,

“There is no ability to diagnose, let alone treat, those citizens who are damaged by alcohol abuse during pregnancy,” Kilpatrick said.

At the same time, the GN’s failures limit the ability of the court to structure apt sentences for such people.

As a result, courts have no choice but to send severely damaged people to jail.

“The Baffin Correctional Center’s 18-bed Katak Unit is fast becoming a warehouse for the mentally ill, for those suffering from FASD, and for those who are otherwise vulnerable and needing protection,” he said.

But it’s the job of defence lawyers, not the court, to find sentencing alternatives for people whose level of criminal responsibility is diminished by brain damage.

And this means it’s up to lawyers to lobby government for the money and resources needed to make such sentences work in Nunavut.

To that end, he said defence lawyers should “fearlessly and tirelessly advocate for the public programs and services needed to address the basic needs of the disadvantaged, marginalized and under-represented citizens that are daily swept up into the criminal justice system.”

If more remedial programs aren’t created, then the GN will face the “dismal prospect” of building bigger and more numerous correctional centres, he said.

As for Joamie, Kilpatrick said he had no choice but to impose a sentence of one year in jail followed by one year of probation.

He said that’s because the lack of expert evidence gave him no options beyond a denunciatory sentence that stresses general deterrence.

He said Joamie has a loving and conscientious adoptive mother who has been a tireless advocate for her son, and who raised him from infancy after he was born into a violent and abusive home.

While on probation, Joamie must live with his mother and follow her directions, Kilpatrick said.

This is the first sentencing judgment in a Nunavut court that deals formally with sentencing principles for offenders with FASD.