“It’s something that all communities should start to look towards” 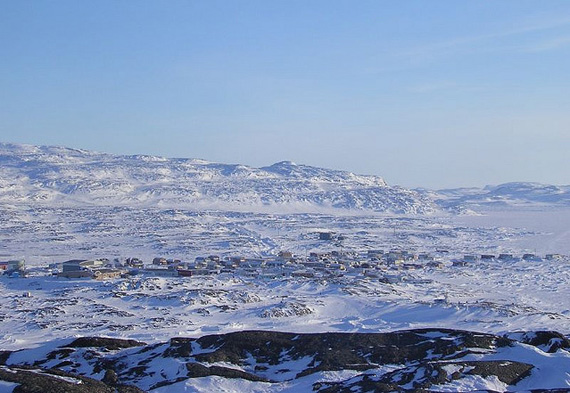 Officials in Kugaaruk believe the region’s long summer days of sunlight could help power public buildings in the community of about 800 people. (PHOTO BY NORTHERN PIX/FLICKR)

As the hours of sunlight lengthen each day, Kugaaruk is getting ready to plug in.

By the end of next month, hamlet officials hope to get their new community freezer up and running on solar energy, captured by 14 panels installed at the local hockey arena.

“We’ll be the first,” said the hamlet’s senior administrative officer Greg Holitzki, referring to Kugaaruk as the first community in Nunavut to attempt to power a public building with solar power.

The solar panels were purchased with a $100,000 grant from Aboriginal Affairs and Northern Development Canada, to top up the $20,000 hamlet council has put away for the project.

The community is just waiting on Qulliq Energy Corp. to hook up the connection, something that should be done in May.

“We’re also hoping to sell any excess energy back to Qulliq,” Holitzki said. “But because this is new technology for Nunavut, they don’t have the capability just yet.”

That’s something the hamlet hopes will happen over time. Qulliq did not respond to Nunatsiaq News’ request for comment by press time.

But Holizki said the community is already looking ahead to see how renewable energy can play a role in future projects.

The hamlet is in the process of designing a new office, while a new community centre is slated to be built in 2017.

“We’ll be looking at solar power in the future,” Holitzki said. “It’s something that all communities should start to look towards.”

Nunavut has been slow to invest in renewable energy, due in some part to the high cost of installing new technology in such a geographical isolated region with extreme weather conditions.

There have been some attempts to capture wind power in the territory, as well as the use of residual heat from Iqaluit’s power plant to heat some municipal buildings.

But in an environmental report card compiled by Corporate Knights magazine in 2009, Nunavut fared poorly for its reliance on diesel fuel to generate electricity.

The territory also placed dead last among Canadian jurisdictions in the percentage of its electricity generated by renewable energy, with just 0.4 per cent.