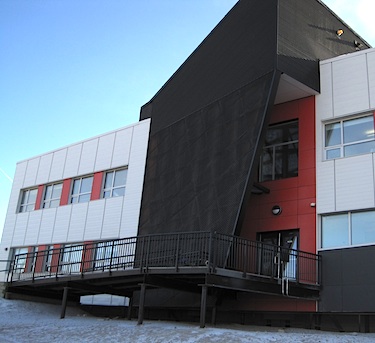 The Kitikmeot Inuit Association, whose head office, seen here, is in Cambridge Bay, seeks a new president to lead it organization. (FILE PHOTO)

The candidates for the position are:

• David A. Porter of Gjoa Haven; and,

• Walter A. Porter of Gjoa Haven.

The KIA called the March 30 byelection after a bizarre turn of events that saw Peter Akkikungnaq of Gjoa Haven, winner of the Dec. 18, 2014 president’s election, drop out about four weeks later, before he was even sworn in.

But Akkikungnaq, 69, bailed out of the job Jan. 15, telling CBC News that he was “a little too old” and “the system is larger than what I thought it would be.”

So the KIA’s executive committee members, who said the organization’s three vice presidents were too overloaded with work to act as president, named ex-president Charlie Evalik to serve as interim president until today’s byelection produces another president.

Not sure which of the nine candidates to vote for?

Many of the candidates have gone on a new Facebook page called Kitikmeot Politics to talk about their platforms.

Some posters have complained that the slate of nine is too large for any single candidate to get a decisive majority.

Many have urged all eligible voters to turn out for the byelection.

That’s because because turnout this past December ranged from 34 per cent in Cambridge Bay to only 24 per cent in Taloyoak. Only 1,192 eligible voters cast ballots out of a possible 3,638.

If you are eligible to vote, you can head out to the following locations on March 30: