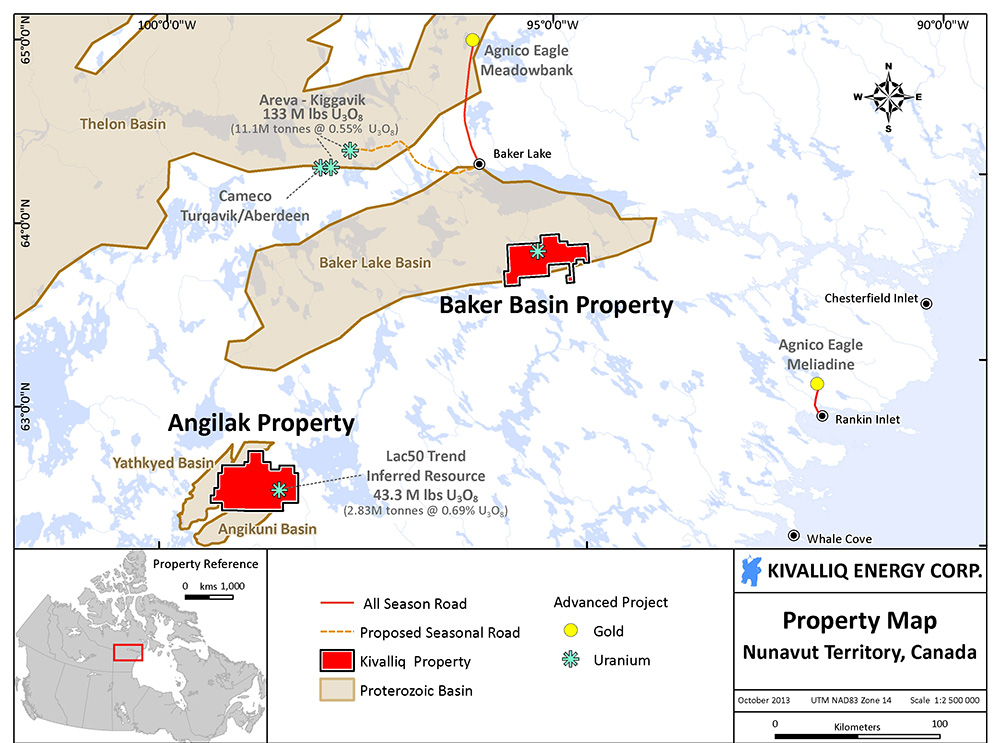 The Vancouver-based exploration company says it is in the process of acquiring 100 per cent of Pacific Ridge Exploration Inc.’s ownership of its Baker Basin uranium property.

That property is home to 95 claims across 232,262 acres, located about 60 kilometres south of Baker Lake.

And Kivalliq Energy Corp. considers two of those zones “drill ready,” making them “ripe for a systematic and targeted exploration campaign,” said the company’s president, Jeff Ward, in a news release.

Next, the company plans to compile data already collected from the property to rank its future drilling targets.

Kivalliq’s chief executive officer Jim Patterson called the property “too great an opportunity to pass up.”

“Our extensive northern exploration experience, as well as our relationships and award winning environmental track record in Nunavut, give Kivalliq a competitive advantage to rapidly advance the Baker Basin property,” Patterson said in a release.

Kivalliq Energy, formed out of a 2008 Inuit-owned lands deal between Nunavut Tunngavik Inc. and the Kaminak Gold Corp., already operates on the 252,000 acre Angilak property, about 200 km inland from the community of Whale Cove.

The property is home to the high-grade Lac Cinquante deposit.

Kivallliq Energy even picked up the 2012 Environmental Excellence Award, handed out by the Kivalliq Inuit Association to acknowledge the company’s “outstanding environmental stewardship” at its Angilak property.

But if a neighbouring uranium exploration project in the Baker Lake area is any indication, Kivalliq Energy could face opposition as it moves ahead with its latest acquisition.

The Kiggavik project, about 80 kilometres from Baker Lake, would extract uranium ore from four open pits and one underground mine.

The Baker Lake hunters and trappers organization also raised concerns last year about the impact of mining activities on the local caribou population.