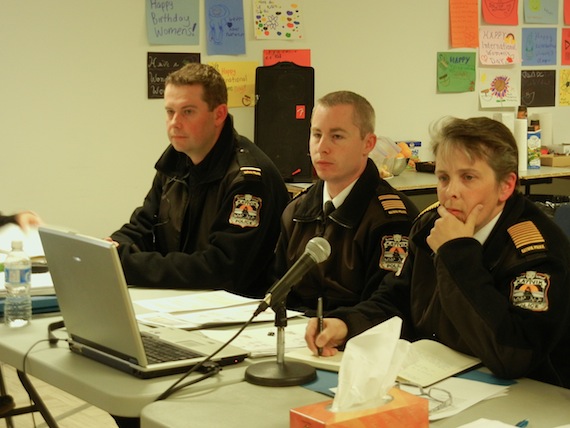 In a resolution passed during council meetings in Kuujjuaq this week, councillors voted to dismiss the Kativik Regional Police Force’s deputy chief of operations, Tristan Greene, for two charges under the code of discipline that governs the force.

The first charge stems from an Oct. 12, 2012 incident when Greene is alleged to have been drinking to excess “in a manner that discredits the KRPF,” the KRG resolution said.

On that same day, Greene is also alleged to have “neglected to maintain [his] service weapon.”

A third charge alleging Greene was drinking heavily on July 13, 2012 was later withdrawn.

The Sûreté du Québec investigated the incidents but in the end, the Crown decided not to press criminal charges.

The KRPF’s internal discipline committee looked at the charges over a two-year period and in a decision made in October 2014, concluded that Greene’s behaviour warranted dismissal.

Following the October 2012 incident, the KRPF suspended Greene with salary until its discipline committee could rule on the case, the KRG said Feb. 26.

Once the committee rendered its decision last fall, Greene’s pay was also suspended.

His dismissal is effective immediately.

Since January 2015, Jean François Morin has replaced Greene as the KRPF’s interim deputy chief of operations.

Following another recent decision by the KRPF’s disciplinary committee, the force said it has also dismissed Const. David Saumier, who was posted in Inukjuak. Officials did not say what led to the termination.