“This will be a great family gathering spot in the community” 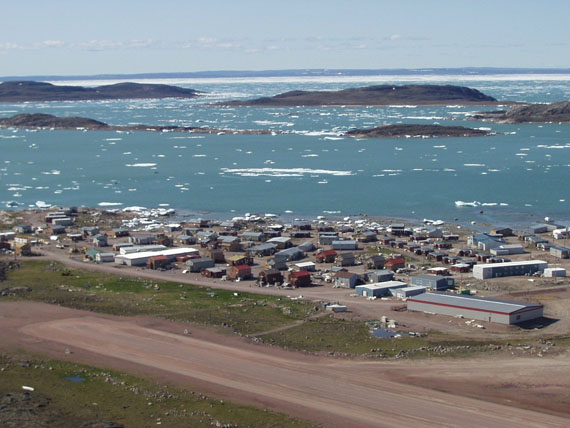 After years without a playground for the community’s youth, Kugaaruk will get new equipment this summer. (PHOTO COURTESY OF INUKSUKINN.COM)

For years, the space where Kugaaruk’s only playground once stood has been little more than a vacant lot next to the community’s Kujaardjuq school.

The hamlet had to dismantle the old equipment several years ago because it was made of wood and children kept getting splinters when they played on it.

But Kugaarummiut families can finally look forward to some outdoor fun when the community installs new playground equipment this summer.

Canadian Northern Economic Development Agency minister Leona Aglukkaq announced $100,000 in funding April 24 to help replace the old playground equipment – funding that will double the $100,000 the hamlet has aside for the project.

“This will be a great family gathering spot in the community,” said Kugaaruk mayor Stephan Inaksayak.

“Parents can talk with each other while the children play. There is a new area for young adults to exercise; this will bring all ages together.”

Kujaardjuq school took a lead in designing the new playground, which will include three separate sections plus a sitting area for parents.

The first “pod” will include smaller equipment suitable for pre-schoolers; while a second pod will be designed for children to 12 years of age.

A third section is being designed as an exercise circuit, fitted with equipment to do chin-ups, sit-ups and leg exercises, aimed at teens and adults.

And in the centre of it all, a gazebo with seating for parents and elders.

“This is really a space that everyone in the community can enjoy,” said the hamlet’s senior administrative officer Greg Holitski. “We’re very happy to have this.”

The Kitikmeot community’s population is about 800 people, almost half of which Holitzki estimates to be youth.

Hamlet officials are planning to keep this new playground around for longer than the last one — this equipment is specifically manufactured for use in the Arctic climate, which a coating over the steel to prevent frost freeze, which is also designed to make it safer to use in cold conditions.

“This one will be so much better – there’s no plastic or wood, and with this coating, it will last so much longer,” Holitzki said.

Holitzki said the hamlet is grateful for the financial support of CanNor, whose minster actually spent part of her childhood in Kugaaruk.

“Our government is proud to invest in projects that help create sustainable, healthy and prosperous northern communities,” Aglukkaq said in an April 24 news release.

The new playground is expected to be installed by the end of the summer.