“One of the major, immediate objectives of the plan could have started this year — but it didn’t” 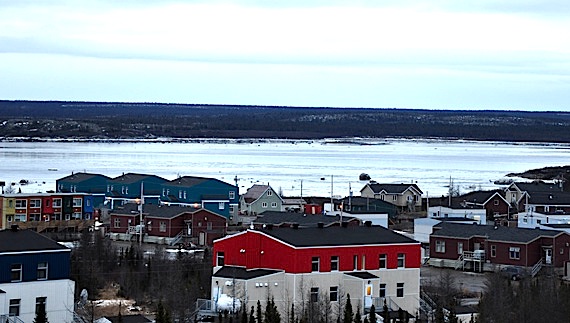 Last May, Quebec announced it will build 300 new social housing units in the region over the next five years as part of Plan Nord – a much needed boost for a region that is short about 1,000 homes.

The plan has been slow to deliver, however.

Regional councillors with the Kativik Regional Government were told last June that Quebec’s cabinet had yet to approve the delivery of that housing, meaning construction materials might not be ordered in time for the final 2011 sealift.

But over the summer, Makivik Corp. – the contractor responsible for Nunavik housing construction – got the go ahead to order materials, said Watson Fournier, manager of the Kativik Municipal Housing Bureau.

That means construction may begin in the late spring of 2012, he said.

While that’s good news for Nunavimmiut waiting on new housing units, Quebec’s plan did not factor in the limited sealift and construction seasons that dictate when housing is built across Nunavik.

“We told them about this,” Fournier said. “But in their $80 billion investment, housing is a drop in the bucket. One of the major, immediate objectives of the plan could have started this year — but it didn’t.”

There will also be a crunch to construct the first round of Plan Nord housing in additional to existing social housing set to be built in 2012.

“We realized that, for the government, this year counts as year one,” Fournier said. “So we only have four years to build 300 houses [instead of five].”

In 2012, 141 houses are slated to be built; 74 under the Plan Nord and 66 under the existing social housing construction deal with Quebec.

In addition to social housing, Plan Nord promised Nunavik another 200 housing units in the next five years under a new home-ownership program.

Of the 200 private homes, 150 homes are destined for individual homeowners while another 50 will be built through co-operative housing projects.

The new home ownership program will pay 75 per cent of the cost of a $410,000 house, 30 per cent of their home insurance and $7,000 a year towards municipal services and taxes.

But Fournier said the KMHB is not yet mandated to deliver that program, hoping that will happen in the coming months.

“If we’d been mandated in the summer, people would have at least been able to clear their lots,” he said.

Together with the 2010 renewal of a five-year social housing agreement, in which the federal and provincial governments committed to build 340 housing units, that means Nunavik can expect 840 new units to be built across the region by 2016.