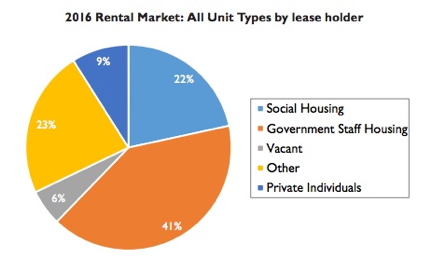 The bulk of rental units in Iqaluit are leased by the public and private sector as staff housing, with the next largest portion leased by the Nunavut Housing Corp. for social housing. (CMHC GRAPHIC) 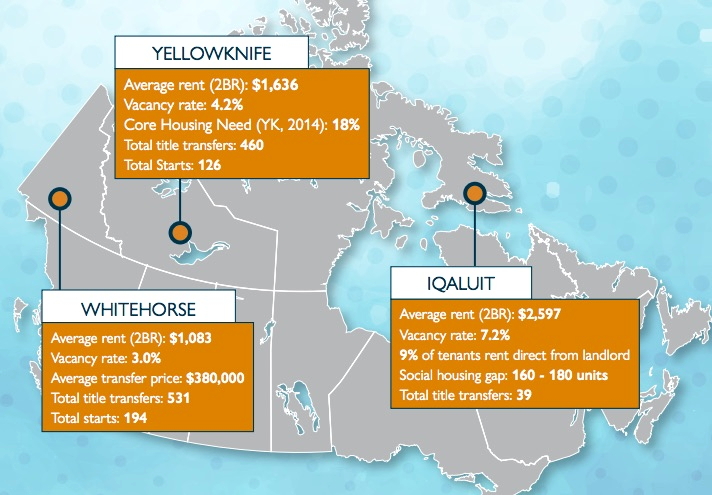 Rent in Nunavut is higher than most places in Canada, says the 2017 Northern Housing Report released by the Canada Mortgage and Housing Corporation June 22.
The Nunavut Housing Corp. estimates that the city needs at least 160 more social housing units in order to meet current housing needs—and compared to other communities, Iqaluit isn’t even considered “high need.” (CMHC GRAPHIC)

In case you didn’t know already, housing costs in Iqaluit are among the highest in the Canada—and yes, there is also a perennial housing shortage.

Both realities, described by the Canada Mortgage and Housing Corp. in a recent report, create huge housing dependence for residents in both Iqaluit, and the rest of Nunavut.

“Two-thirds of the Nunavut population cannot secure market housing without some sort of assistance from the government or their employer,” said Tim Gensey, a Market Analyst for the CMHC, in a June 22 release announcing publication of the Crown corporation’s 2017 Northern Housing Report.

Monthly rent for a regular two-bedroom apartment averaged around $2,597 in 2016, according to the CMHC report. And that amount has been gradually climbing since the CMHC started reporting on northern housing in 2009.

The latest report also shows that resale and private rental markets have declined following a decrease in mining support.

In 2017, 39 Iqaluit homes were sold—the lowest number recorded by CMHC. And last year was the slowest year for residential construction permits in the territory since 2005, the report said.

This latest report, which focuses on statistics in the three territorial capitals, said Nunavut’s “non-market” housing situation—meaning most units are already spoken for which makes market movement either slow or non-existent—sets it apart from other regions in Canada.

In Iqaluit, 22 per cent of units in the city, or more than one in five, are rented by the Nunavut Housing Corp. for public housing, and 41 per cent by the federal and territorial governments for staff housing.

Private companies lease another 23 per cent of available units for employee housing, and only nine per cent of rentals are between private individuals and landlords, with the remaining percentage marked as “other,” said the report.

It is unclear how many people live in the 22 per cent of Iqaluit units rented by the NHC for public housing, “especially as unit overcrowding is a concern,” said the report.

“A third of all households have five or more persons. This translates into a more pressing need for social units with multiple bedrooms than in the rest of Canada due to concerns about overcrowding.”

Regardless of the number of bedrooms, the report says that presently, there are no public housing units under construction in Iqaluit, and CMHC cites a lack of developed land, the high cost of materials and a recent industrial slowdown as root causes.

“This has contributed to higher costs, for both social [public] and market housing, and reduced affordability overall,” said the report.

Another contributing factor is that the city, which saw 33 new public housing units in 2016, “has not been identified as a community in Nunavut with the most severe need.”

The report cites the NHC as saying that in Iqaluit alone, the stock of public housing units needs to increase by 35 to 40 per cent to meet housing needs. That translates to between 160 to 180 new units.

The report used Cambridge Bay as an example of a community that needs more than a 40 per cent increase in public housing units.

The 2017 federal budget earmarked $240 million over four years for housing in Nunavut. This money will help 90 public housing units get built throughout the territory in 2017-2018. Construction for more units in Iqaluit will start in 2018 or 2019, said the report.

In March, the Senate released a report on housing in Inuit Nunangat, calling the current housing crisis in Canada’s Inuit regions nothing short of a public health emergency.