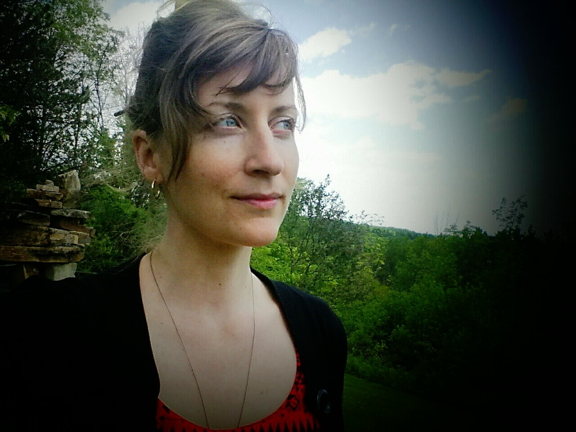 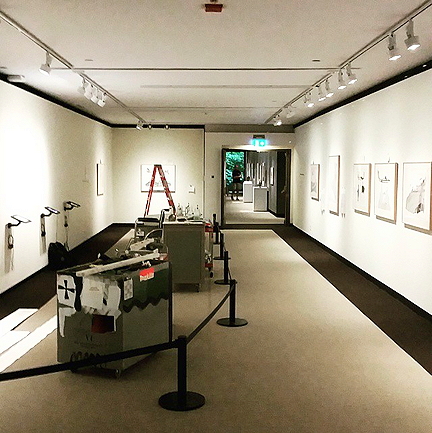 This is how the exhibition looks at the McMichael Canadian Art Collection gallery, with iPads set up for use and Pudlo Pudlat prints on the wall. (PHOTO COURTESY OF PINNGUAQ)

Screen captures from the Pinnguaq game Aeroplane, based on the 1976 Pudlo Pudlat print of the same name. Aeroplane is one of three games which form part of the “Ingirrajut Isumaginnguaqtaminnut: Journey Into Fantasy” interactive Inuit art exhibition currently on at the McMichael Canadian Art Collection in Kleinburg, Ont. (PHOTO COURTESY PINNGUAQ)

When you look at the playful, colourful prints of Pudlo Pudlat, many things likely come to mind.

Here are two of them: the images often feature interaction between the natural, old world and modern technology; and though they are static, if you stare long enough, you can almost see the people, animals and machines moving.

Which is why it makes perfect sense that the gamers and animators at Pinnguaq might choose the works of the late Pudlat as templates for some new digital games.

And since the McMichael Canadian Art Collection outside of Toronto currently holds in its archive about 100,000 Cape Dorset prints and drawings, including thousands by Pudlat, it also makes sense for Pinnguaq and McMichael to work together, not only to make the games, but to display them in the gallery.

“A lot of his early work is really the first visual examination by Inuit artists, at the time, of the change that was going on,” said Pinnguaq director Ryan Oliver.

“It was great from a game standpoint, and a storytelling standpoint, because the story he was telling really appealed to us.”

The collaboration, called “Ingirrajut Isumaginnguaqtaminnut: Journey Into Fantasy,” is the first ever interactive Inuit art exhibition.

It comes on the one-year anniversary of McMichael’s partnership with York University in Toronto to digitize their Cape Dorset archive, which dates from 1959 to 1989.

The collection, on long-term loan from Cape Dorset’s West Baffin Eskimo Co-operative, was relocated to the McMichael gallery in Kleinburg, Ont., in 1991, on the assumption the invaluable works would be safe from possible fire and other disasters at the modest Baffin Island facility.

With money and resources gleaned from York’s Mobilizing Inuit Cultural Heritage (MICH) program, McMichael is in the process of making digital images, both for archive and for the web, so the works can be viewed and shared by northerners and other art lovers around the world.

That’s where Pinnguaq’s Oliver enters the story. He was interested to see some of the prints, and the digitization process, with a view to choosing some works for his next gaming project. And when he saw Pudlat’s work, he made up his mind.

“I fell in love with the way he viewed the world,” Oliver said. “He just embraced everything. He rolled with change as it came and he approached every situation saying, ‘how can I make the best of it’ and ‘how can I tell a story about it?’ So it was a natural fit.”

The best part about it, says “Journey Into Fantasy” curator Elyse Portal, is that Pudlat was known to embrace new media and new technology throughout his career.

Born in 1916, Pudlat lived a traditional hunting and camping lifestyle, said Portal, but in the 1940s, he injured his arm, went south for surgery, and when he returned, the print shop had opened so he decided to try something new.

He started to sketch his thoughts, fusing images of dog teams and polar bears with helicopters and airplanes.

“He would always observe what was happening around him and bring that into his particular Inuk world view,” said Portal. “He would transform planes into dogs, for instance. He had this really playful way of observing what was going on around him. So with Pinnguaq, it was a perfect match.”

In the McMichael exhibit — which runs until September and will likely come north afterward, to Iqaluit and Cape Dorset for starters — visitors will see iPads with three different games to play using graphics animated from Pudlat prints.

The games range in complexity, Oliver said, so they can appeal to a wide range of users — from older folks who have never played a video game to young people who play all the time.

That last demographic is key, say both Oliver and Portal. They’re keen to expose younger generations, especially young Inuit, to the works of veteran Inuit artists — to bridge the gap between old and new, the way Pudlat did.

“We really wanted to reach younger generations,” said Portal, “get them inspired by what has been produced and to make it accessible in a way where there’s learning, there’s fun, there’s a sense of history and the importance of culture all woven all together.

Oliver says these games are just the beginning. Pinnguaq has acquired the rights to two other prints from Pangnirtung: one from a living artist and one from an artist who is deceased, he said.

Animators hope to work with the living artist on a game so he can have input on the design and structure.

“We want them to use it as an extension of their existing art,” Oliver said. With Pudlat, they had to create narratives around old interviews and what scholars have said about him but with living artists can say, “here’s the piece and here’s what I was saying and here’s how we can bring it to life.”

The Pangnirtung-based Pinnguaq is definitely busy these days. The company is pitching games to mining companies, running gamer camps for kids and sponsoring new technology scholarships.

Pinnguaq is also featured in the upcoming Summer 2015 issue of Inuit Art Quarterly.

Oliver said the game is still in early design phase but he’s hoping to make it compatible on Mac and PC computers as well as Xbox and PlayStation platforms. It means shopping the idea around to investors, Oliver said, but he’s confident because Qalupalik offers such great narrative material.

“There are so many amazing [Inuit] myths and amazing stories. We have an opportunity to bring those stories to people through a medium we’re comfortable with,” Oliver said. “Inuit myths, especially Qalupalik, can compete with Norse and Greek mythology.”

And if that wasn’t enough, Pinnguaq is also working on a virtual reality project.

But Oliver isn’t willing to divulge any details yet. Stay tuned, he said.

Screen captures from the game Journey Into Fantasy, based on the 1980-81 Pudlo Pudlat print of the same name. (PHOTO COURTESY OF PINNGUAQ)