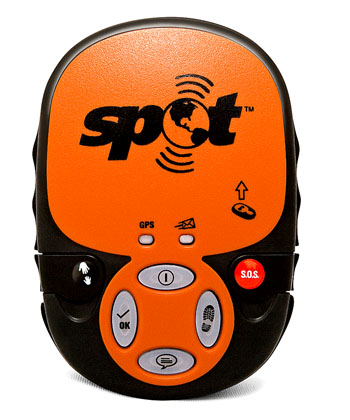 The Nunavut Emergency Management 2015-16 annual report said many Nunavut hunters and travellers on the land are still not taking SPOT devices with them, and that the most common reasons for SAR operations are people who don’t take enough gas and people who experience mechanical breakdowns. (FILE IMAGE)

It appears many Nunavut hunters are not getting the Government of Nunavut’s message that urges them to take SPOT devices out on the land in case they get lost or run into an emergency.

While more search and rescue operations were carried out in 2015 than in the previous year, fewer searches were aided by the use of SPOT devices, the latest report from Nunavut Emergency Management says.

The agency’s 2015-16 annual report was tabled in the Nunavut legislative assembly in Iqaluit Feb. 22.

“It is clear that the increase in the numbers is a result of lack of preparedness. Few calls are for lost persons; most calls are the result of persons who have broken down or run out of fuel,” the report said.

If they had SPOT devices, they would be much easier to find.

Staff at the Department of Community and Government Services performed 251 search and rescue operations during the 2015 calendar year, the report said.

That’s 34 more operations than they carried out in the previous year.

That means only one in three search and rescue operations in 2015 were aided by SPOT devices, which are free for anyone traveling on the land and available at the offices of most Hunters and Trappers Organizations.

Searchers looked for more than 400 people in in 2015, with 80 per cent of those emergencies created by people running out of fuel or experiencing mechanical problems, the emergency management report said.

And there’s another problem, signaled in the report: “As the number of responses rises in a community, the numbers of local volunteers are diminishing due to burn-out.”

Gjoa Haven required 22 and Rankin Inlet needed 21, the second and third most rescue operations by community in 2015.

The light months of May to September saw the greatest number of search and rescue operations, ranging from 22 to 31, while December, the darkest month of the year, saw the fewest at 13.

The highest-profile search and rescue operation of 2016—not captured in the 2015 statistics—ended on March 31, 2016, when Nunavut MLA Pauloosie Keyootak was rescued along with two family members after spending five days stranded on the land.

Keyootak became disoriented in bad weather and did not take a SPOT device with him, leading some to wonder if negligent travellers should be held accountable.

Search and rescue expenses exceeded the 2015-16 fiscal budget, according to the report tabled in the legislature: While their budget was set at $300,000, expenses went above $354,000.

The report also highlighted the emergency management division’s involvement with urgent situations around the territory in 2015.

The largest and most complex response addressed the power plant fire in Pangnirtung, which left residents in that Baffin community without full power from April 2 to April 6, 2015.

Backup generators at both the local health centre and water treatment plant failed before special aircraft came from as far away as Seattle to fly in the necessary equipment to restore full power, the tabled report said.

The report also said that “some” GN departments are working on completing a basic emergency plan but a “Territorial Emergency Plan has yet to be adopted.”

“It was decided that the Emergency Measures Act not be fully brought into force as this would place most, if not all departments in violation of the Act.”