“We will miss Marius, but we will remember his accomplishments” 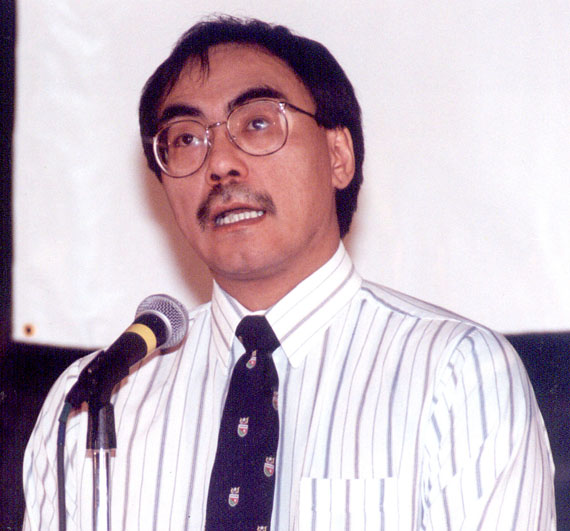 The man whose disclosures about sexual abuse at the Catholic-run Sir Joseph Bernier residential school in Chesterfield Inlet led to a cascade of other disclosures and eventually, an apology from the church, died alone in his bed last week, still struggling with the demons that pursued him all his life.

Marius Tungilik, 55, of Repulse Bay, was discovered Sunday, Dec. 16, by his son Jesse in the Iqaluit apartment they shared.

“Jesse knocked on my door and he said something, but I didn’t hear him,” said Jack Anawak, a long-time friend, fellow residential school survivor and native of Repulse Bay.

“Then he said again, ‘My dad is dead.’ It was a shock,” said Anawak, in between taking calls about Tungilik’s upcoming funeral, which he is helping to organize.

“He usually lives with his dad, but had been house sitting.”

Padma Suramala, the Nunavut chief coroner, said Dec. 20 that a preliminary investigation has ruled out foul play but an official cause of death won’t be released until the results of an autopsy are known, in two to three months. The family does not suspect suicide.

“He took care of everyone else but didn’t do enough to help himself,” Anawak continued. “He tried but he never got down to saying, ‘I need to help myself first.’”

Anawak, who recently returned from residential addictions treatment and trauma counselling at Bellwood Health Services in Toronto, said he, Tungilik and others had been meeting weekly to offer each other support and companionship.

When Tungilik did not show up for last week’s meeting, Anawak sent him an email but never heard back.

Tungilik had been troubled by a recent impaired driving charge, and Anawak had been reassuring him that the charge would be dealt with and that his life would resume.

But Tungilik was dealing with other grief as well, including the killing of his niece, Tracy Uttak, in Igloolik this past November and the sentencing of his other niece, Joyce Kringuk, to life in prison after she pleaded guilty to killing her husband, Joani Kringayark, in 2008.

Tungilik had a long career of public service with the governments of the Northwest Territories, Nunavut and Canada.

That includes serving as the head of a Public Service Commission of Canada office in Iqaluit and as a deputy minister of personnel with the Government of Nunavut.

He also served on many boards, including the Nunavut Arbitration Board, Nunavut Wildlife Management Board and the Mobile Treatment Program in Nunavut. He was also active over the years with the Repulse Bay Co-op.

“He did so much for public service in Nunavut,” Anawak said.

But he will perhaps be best remembered for being the first person to speak publicly about being sexually abused in the 1960s at the Chesterfield Inlet resident school, at a Royal Commission on Aboriginal Peoples hearing held in Rankin Inlet in 1991.

When Bishop Renald Rouleau publicly apologized to victims five years later in Igloolik, Tungilik said: “Today’s a historic day in Nunavut. Today, the bishop acknowledged the pain we went through and that is very special to me.”

But in his moving speech, Tungilik admonished members of the church congregation who chastised victims for speaking out.

Tungilik once told Anawak he remembered vividly the first time he left Repulse Bay to fly to the residential school, about 400 kilometres, as the raven flies, to the south. Anawak was about 14 then and Tungilik was only six or seven.

“He said he was hanging on to me for dear life on the plane. It was so strange for him to be away from his parents. I was nine when I first went away [to school] and at the time, I wanted to go. But he didn’t. He’d never been out of Repulse.”

Tungilik had twice entered treatment programs, Anawak said, and was recently on leave from CBC radio in Iqaluit where, since February 2011, he had worked as a reporter and on-air interviewer.

“His willingness to help others, that’s what I will remember. He reached out to people, especially regarding the residential school stuff. His honesty in really wanting to help people, his assistance and dedication to others. And his dry sense of humour. He made me laugh all the time, right out of the blue,” Anawak said.

“But also, I was worried about him. I don’t think he dealt with all the demons in his head. But he’s at peace now. It’s too bad but I guess he’s not suffering anymore.”

Tungilik leaves behind his son, Jesse, and daughter, Tanya.

Anawak said it’s likely the funeral will be held after Christmas in Repulse Bay and that a memorial service will be held in Iqaluit some time in the new year.