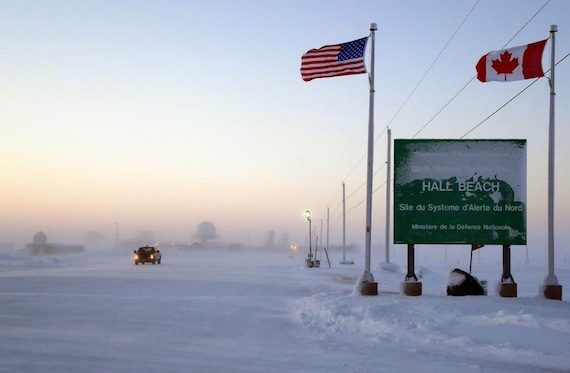 The Hall Beach airport, with its North Warning Site radar visible in the background, is now a centre of activity for the military’s Operation Nunalivut, which got underway last week. (PHOTO COURTESY OF THE JOINT TASK FORCE NORTH) 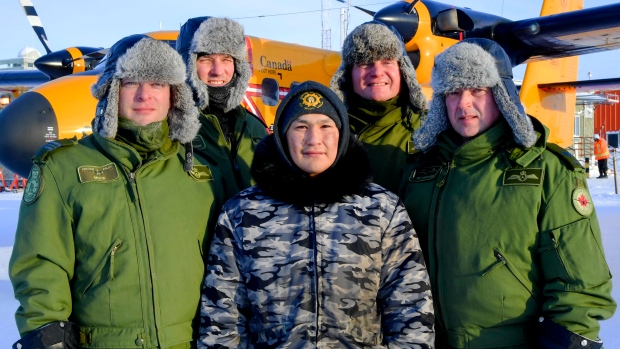 That’s when two teams of local ground searchers from Hall Beach, helped by spotters aboard an armed forces Twin Otter from the Yellowknife-based 440 Transport Squadron, found Lloyd Satuqsi stranded on the land in bitterly cold weather.

Temperatures that day stood at around minus 34 C with blowing snow and windchill estimates of between minus 45 and minus 50, according to Environment Canada weather records for Feb. 23.

After a search of nearly 12 hours, searchers found Satuqsi, who was frostbitten, hypothermic and requiring medical attention. He was flown to Iqaluit for treatment.

A Feb. 24 RCMP release said he was in stable condition in Iqaluit.

“This is a situation which could have had devastating results, but thanks to the hard work of the military and the local search and rescue team, had a positive outcome for all involved,” the RCMP said.

The search started after the Hall Beach RCMP detachment learned at around 5:45 p.m., Feb. 23 that members of Canadian military had picked up two men on the land who had flagged them down.

Personnel in a Twin Otter picked up the two men, identified by the Joint Task Force North as Tyler Amarualik and Eugene Gibbons, outside Hall Beach and flew them to the Hall Beach airport.

The soldiers had started the Operation Nunalivut 2017 training exercise that day.

Amarualik and Gibbons said their snowmobile had broken down, their SPOT tracking device, which hunters are urged to take along when they head out on the land, didn’t work and said there was a third man—Satuqsi—with them dressed in winter clothing, who had started walking towards Hall Beach with a rifle.

Amarualik and Gibbons were in good health and did not require medical attention, but a search was activated for the third man, the RCMP said.

The local SAR team continued their search into the night and located Satuqsi about 10 miles south of Hall Beach Feb. 24 at about 4:30 a.m.