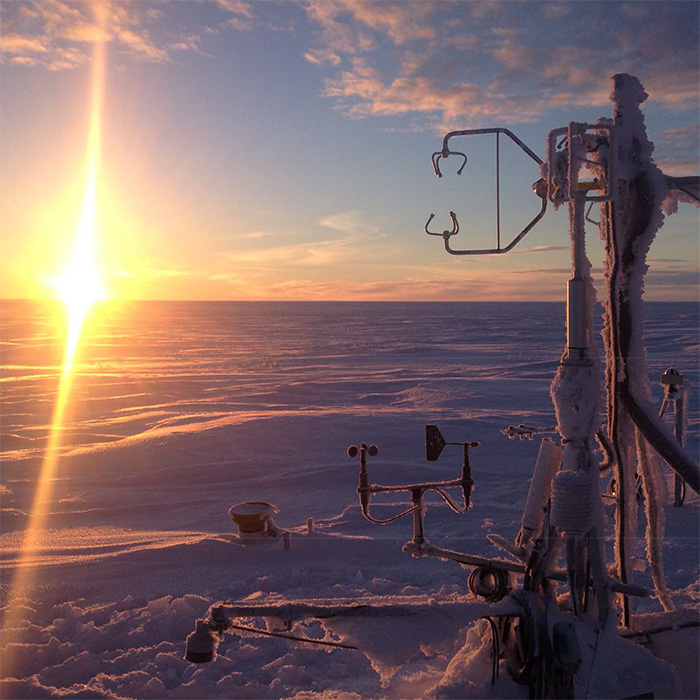 Ground-based equipment determined that in the Arctic, methane is released in much greater quantities in the winter than previously thought. (HANDOUT PHOTO COURTESY OF S. LOSACCO)

The Arctic may be warming itself through the release of potent, climate-warming greenhouse gases into the atmosphere from land and water — even during the winter.

The amount of methane gas emitted from the ground in the Arctic during the long cold period each year is likely much higher than estimated by current climate change models, says a new study carried out in Alaska by a team of researchers led San Diego State University.

Their study, published Dec. 21 in the Proceedings of the National Academy of Sciences, found methane, a potent greenhouse gas that intensifies atmospheric warming, is being released from the Arctic permafrost even during the winter.

And they say this finding could be important, as climate scientists try to figure out by how much the Arctic will warm compared with the rest of the world.

“Continued warming and deeper snow are forecast for the future in the Arctic,” the study said. “Our results indicate these changes will result in globally significant increases in CH4 [methane] emissions and that cold-season emissions will become increasingly important in this process.”

Another team of researchers from Université de Montréal found that ponds and lakes in Nunavut’s High Arctic also have the potential to feed methane and carbon dioxide — another climate-warming, naturally-formed gas — into the atmosphere.

That’s particularly true when ponds are shallow or when their banks become eroded, suggested researchers who looked at carbon dioxide and methane emitted by ponds and lakes on Bylot Island.

The research team observed “significant variability” in the greenhouse gases from these bodies of water, says the study published in the journal Biogeosciences.

The researchers identified some ponds, covered in blue-green algae mats, as “CO2 sinks,” which are capable of removing carbon dioxide from the atmosphere.

But they found others, with eroded banks, were “significant emitters” of both carbon dioxide and methane.

The research could show the “potential impact on future climate change” of these High Arctic ponds and lakes, said the lead researcher, Frédéric Bouchard. 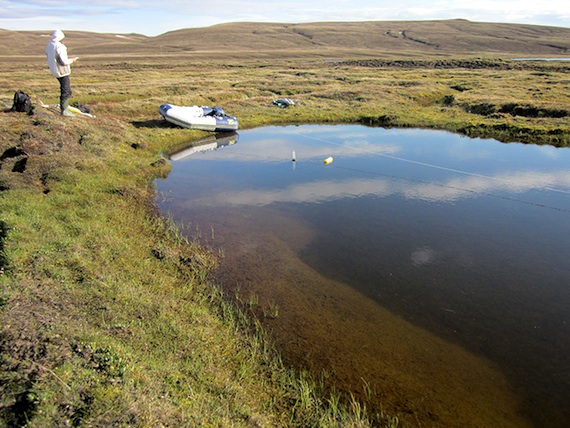 Researchers at a pond on Bylot Island measure the release of greenhouse gases. (HANDOUT PHOTO)