“This is a clear vote of confidence,” says CEO 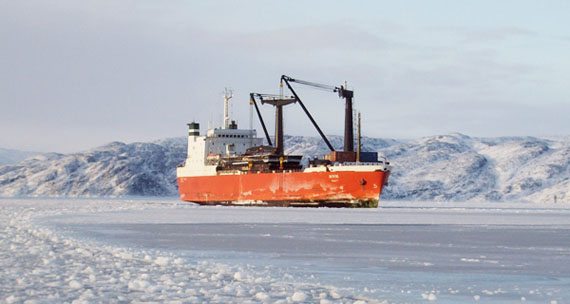 The contract means NEAS will handle all shipments for government departments, agencies and construction projects in Iqaluit.

“Given the importance of Iqaluit as the territorial capital and the scope of economic activity currently underway and in planning for the area, this is a clear vote of confidence,” Paquin said in a news release.

NEAS plan to offer six sailings to Iqaluit over the 2012 sealift season.

NEAS a Quebec-based shipping company, is considered to be Nunavut Inuit majority-owned.

Tukimut holds 51 per cent of the voting shares, while NEAS Inc. holds the remaining 49 per cent.

Qikiqtaaluk Corporation announced this past February that it sold all of its interest in NEAS to Nunavik’s Makivvik Corp. last fall.