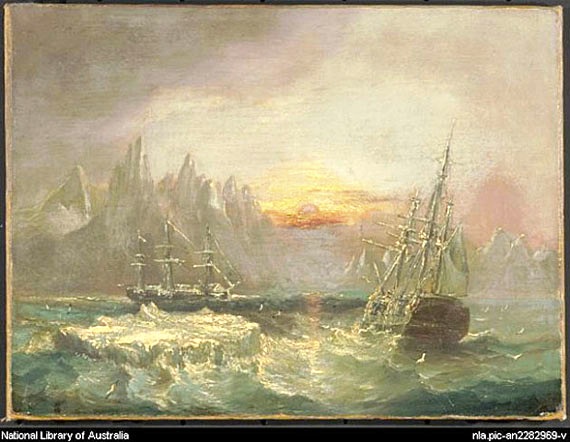 When the 105 surviving crew members on Sir John Franklin’s doomed expedition abandoned their ice-locked homes aboard HMS Terror and HMS Erebus in 1848, at least 20 per cent of them died a short distance from where they landed in Erebus Bay.

That’s according to a new DNA study—the first ever conducted—on the recovered bones of Franklin’s crew found littered across hundreds of kilometres between the coast of King William Island and as far as Montreal Island to the east of Adelaide Peninsula.

Published in the Journal of Archaeological Science, the study is titled “DNA analysis of human skeletal remains from the 1845 Franklin expedition” and was co-authored by the Government of Nunavut’s former Heritage director, Doug Stenton, and researchers from Trent, Lakehead and Waterloo universities.

“It is clear that there must have been significant difference in the health of the survivors at the time the ships were deserted for so many to have perished such a short distance from them,” the report said.

Its important to distinguish the DNA work on bones found from the later survivors and not the bodies buried in the High Arctic on Beechey Island—who died during the first winter, before calamity struck the expedition.

The team of researchers used DNA to identify the number of individuals represented in a swath of bone fragments recovered since the search for the fate of Franklin’s expedition started in 1849.

In total, the process identified 24 individuals from the crew, while laying the groundwork for a genetic database for Franklin research.

That’s important because now that Franklin’s two ships have finally been located, the exact numbers of bodies—and where they died—will be critical in solving the mystery of what exactly happened to the crew.

The last known account from Franklin’s crew was contained in the margins of a standardized British Navy report letter buried near Victory Point, near the northern tip of King William Island, in 1848.

By that point, 24 of the crew were already dead, including Sir John Franklin—an unusually high death toll for a well-stocked expedition that departed England in 1845 and planned to live for many years in Arctic isolation.

The note said the survivors were attempting a hopeless journey from King William Island, across Simpson Strait, to Back’s River on the Arctic Coast and presumably onwards to the nearest Hudson’s Bay Co. outpost.

But the locations of the now-discovered Erebus in Queen Maud Gulf, and the Terror in Terror Bay, questions the assumed timeline of events after the Victory Point note—namely, did some of the crew end up returning to the ships?

That means that perhaps at least some of the crew survived for longer than historians originally thought.

The DNA records will help in determining who was still alive if there was a return journey to the ships.

The report, released April 20, caught the attention of international media for DNA results indicating that some of Franklin’s crew may have been women.

Three teeth and a tibia bone tested for DNA by the researchers had results indicating their owners were female.

There are reports of women serving in the British Navy in disguise during the 17th and 18th centuries, along with other instances where women were smuggled aboard, the report noted.

But acknowledging that, the report added, “we conclude that the [findings] in these four instances are almost certainly incorrect, not least because of the improbability of so many women serving secretly on this expedition.”

That’s because much of the DNA recovered from the teeth—all of Caucasian origin—was incomplete, and came from jawbones or skulls already identified as male, the report said.

“Weak and negative amplifications to some of the four samples clearly indicate that only trace amounts of DNA were recovered,” the report said, which can lead to inconclusive or inaccurate results.

The report was released ahead of a new era in Franklin exploration, when teams led by Parks Canada will concentrate on exploring both shipwrecks now that their locations have been confirmed.

What that expedition team will look like remains a mystery, following a winter of heightened tensions among stakeholders that included an investigation by the RCMP into possible permit violations by the Arctic Research Foundation when they found the Terror.

Parks Canada announced in an April 28 news release that staff are already exploring the wreck of the Terror with remote operated vehicles around the ship.

The next step in DNA analysis, the reports noted, will be to use the findings to search for living relatives of the long-lost crew.