“It’s not normal that people die this way” 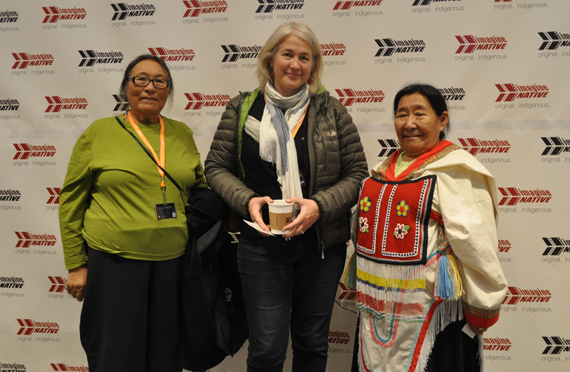 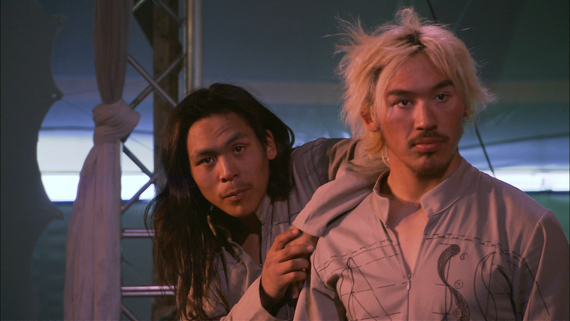 TORONTO — If Nunavummiut hope to find answers about what really happened to Solomon Uyarasuk the night he died in September 2012, they may not find it in Arnait Video Productions’ new documentary, Sol.

What viewers will find is a poignant tribute to the Igloolik musician and performer and an emotional but important discussion about the prevalence of suicide in Nunavut communities.

Uyarasuk, 26, a well-known performer with the Igloolik-based circus troupe Artcirq, was found dead inside an RCMP cell Sept. 23, 2012.

Although it’s been suggested he died by suicide, neither the RCMP nor the Nunavut coroner’s office have ever stated the official cause of Uyarasuk’s death, which has left his family and friends suspicious and unable to process their grief.

Sometime after his death, an Igloolik resident living in Montreal contacted Arnait Video’s Marie-Hélène Cousineau to tell her the family didn’t believe Uyarasuk had killed himself.

“So I thought maybe we should make a film about this and maybe we’ll find some answers for the community,” said Cousineau, who had known Uyarasuk for years and used his music in some of her films.

Cousineau and Igloolik’s Susan Avingaq co-directed the documentary, which premiered at the imagineNATIVE film and media arts festival in Toronto Oct. 24 to a sold-out crowd.

“We all knew him,” Cousineau said in an interview at the Toronto premiere. “And it’s not normal that people die this way.”

“I’m not sure we’ll answer all the questions, but it will serve a purpose by making people talk about this, instead of pushing it under the carpet.”

The 75-minute documentary tells the story of a wiry, long-haired artist, who started to work with Igloolik’s Artcirq troupe as a teen.

Video footage depicts an agile Uyarasuk performing in circus festivals around the world, playing guitar at home or wandering along the beach as a young child.

Towards the end of his life, though, fellow performers say their free-spirited friend become withdrawn and angry.

The night of Sept. 22-23, 2012, Uyarasuk is alleged to have been intoxicated and fighting with his brother, until the neighbours called the police.

When RCMP officers took him into custody, Uyarasuk was left in alone in a cell while officers went to get a nurse to treat a hand injury he had sustained.

They returned to find Uyarasuk hanging from a shoelace, said a psychiatric nurse interviewed in the film.

The nurse said he’d never seen anyone able die by suicide that way in a Nunavut police cell.

“At times like this, there are many bodies sent south for autopsies,” the film’s co-director Avingaq explained in Inuktitut at the film’s Oct. 24 premiere. “We were waiting for answers, but that was not the case.

“As the main interviewer for the film, I really wanted to get to the bottom of this tragedy and give some closure to the questions that Solomon’s friends and family had.”

“I don’t know what the truth is frankly,” added Cousineau, “And the purpose wasn’t to point fingers. But it was important to talk about it, and maybe our friend won’t be just another statistic.”

The tragedy is not just about Uyarasuk, the film acknowledges, but about everyone in Nunavut who has died by suicide or struggled with suicide.

The documentary hears from young Nunavummiut, like singer Kelly Fraser, who lost her own father to suicide as a teen, as well as people with other Nunavut organizations that have implemented suicide prevention programs.

Arnait Video Productions is talking to people about screening Sol in Nunavut, but has no firm plans yet.

And Uyarasuk’s story is far from over; the office of the Chief Coroner of Nunavut will hold an inquest into his death in Igloolik Nov. 24 to Nov. 28.