“Nobody wants to hear about it, but it exists and it’s not going to go away” 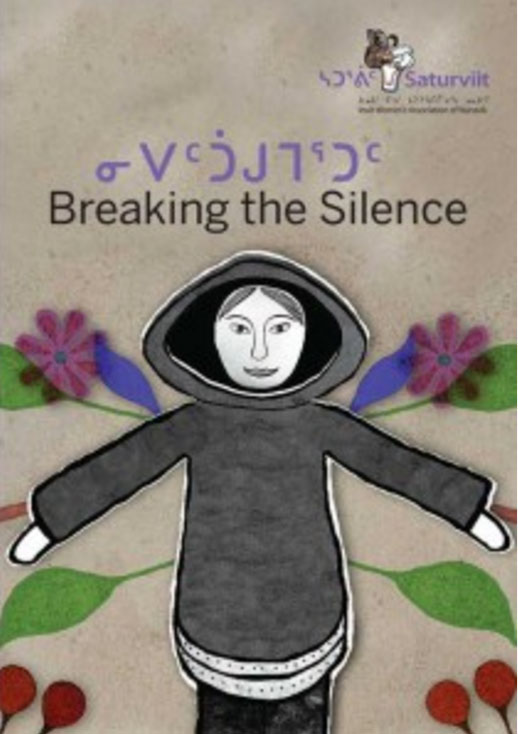 Breaking the Silence, or Nipaittuugumartut, features interviews with four women who themselves have experienced and overcome abuse in their own homes and lives. (IMAGE COURTESY OF SATURVIIT)

People in Nunavik have kept quiet about conjugal and sexual abuse for too long, although Inuit women should feel like there is always a way out.

That’s the message the Saturviit Women’s Association of Nunavik wants to get across in a new video designed to serve as a resource tool to reduce violence in the region.

Released this past November, Breaking the Silence, or Nipaittuugumartut, features interviews with four women who have experienced — and overcome — abuse inside their own homes.

“We have been silent too long in the Inuit land,” said one of those women, Annie Arnatuk, a survivor of sexual abuse, who is now president of Saturviit’s board of directors.

Arnatuk details the first time she was sexually abused, at just 12 or 13 years of age, by her French teacher. Years later, she suffered abused again from her grandfather.

“I tried to recover from that for about 30 years,” she said in the film.

“And I went through a lot of anger. I hated myself even to the point of trying to commit suicide.”

By this point, Arnatuk was married with children and working as a social worker.

Feeling deeply helpless and depressed, Arnatuk finally broke her silence by telling her supervisor that she needed help, and began to see a psychologist.

It took years of support and reflection to learn to shift the blame away from herself, but Arnatuk said that now she’s happy to be alive.

“Sexual abuse is damaging,” she said in the film. “It erases and weakens the potential of great thinkers in the future.”

Another project led by Saturviit reveals just some of the challenges Nunavimmiut women face, in day-to-day life, and when they try to flee abuse.

A new report prepared earlier this year with Université Laval researchers found that a shortage of safe and affordable housing in the region is among the biggest barriers to well-being in Nunavik.

“Bring Hope and Restore Peace” found that 30 per cent of women respondents said they live in overcrowded homes, which put them at a greater risk of suffering from alcohol abuse, violence, sexual abuse and depression.

They said limited housing options forces many women to stay in abusive relationships, and that the handful of women’s shelters in the region don’t offer a viable solution to most women.

Violence is a pervasive issue: 74 per cent of respondents said they experienced violence at home, while 46 per cent said they had been sexually assaulted.

“I was not even allowed to go out and visit anyone,” said Niali Aliqu, another woman interviewed in Breaking the Silence, when describing her own history of abuse.

“I couldn’t go out to celebrate Christmas. He didn’t let me go anywhere.”

Aliqu, who was living in Nunavut at the time, said she and her children were victims of abuse at the hands of a drug addict who took out his frustrations on his family when he couldn’t get high.

She fled her home with her children many times, often staying at the women’s shelter in Iqaluit.

“The last time I left, the police told me, the next time he could kill you,” she said. “So I decided never to return again.”

Aliqu finally divorced her husband — she feels fortunate that he agreed — and moved out of the region.

“This subject is taboo because people don’t like it,” she said. “Nobody wants to hear about it, but it exists and it’s not going to go away.”

Breaking the Silence was produced as a tool to help Nunavimmiut women break the cycle of violence. It comes with an information booklet explaining abuse and what resources are available in Nunavik.

The film was produced with the support of the Nunavik Regional Board of Health and Social Services, as well as Indigenous and Northern Affairs Canada.

You can order your own copy of the DVD by contacting Saturviit at project@saturviit.ca or by calling 1-866-944-5003.

If you are or have been a victim of abuse and you live in Nunavik, here are some organizations you can reach out to for help:

• for medical or psychological assistance, dial your local code + 9090;