“You stand because we worked to make it happen” 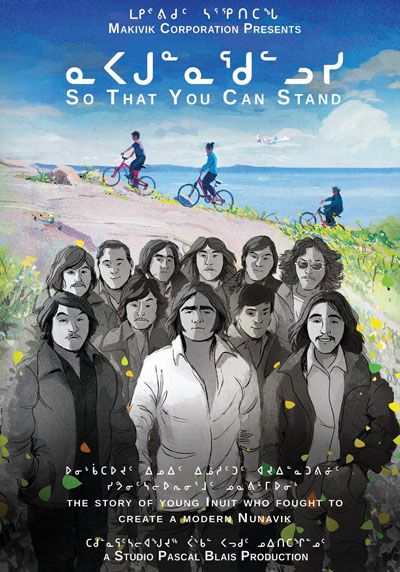 Napagunnaqullusi, or So That You Can Stand, a new film about the signing of the James Bay and Northern Quebec Agreement, premieres in Kuujjuaq Nov. 11. (IMAGE COURESY OF MAKIVIK CORP) 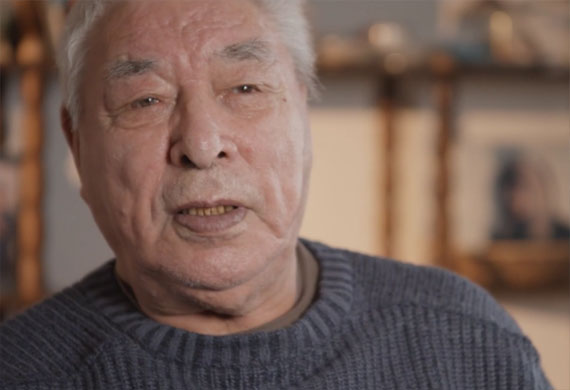 Tommy Cain, a signatory to the JBNQA, gave the film its title when he said to Nunavimmiut: “You stand because we worked to make it happen.” The film’s English title is So That You Can Stand. (IMAGE COURTESY OF MAKIVIK CORP) 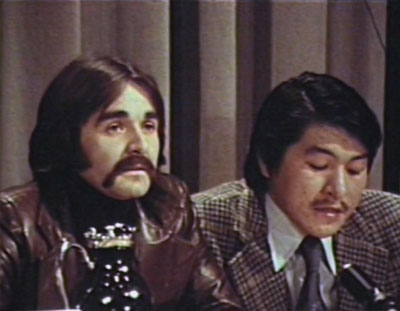 During the rocky negotiations during the 1970s, which eventually led to the 1975 signing of the James Bay and Northern Quebec Agreement, Hydro-Québec representative Armand Couture said he insisted on one thing for the Cree, Inuit and government officials around the table.

It was important to keep emotion out of negotiations, Couture said in a new documentary, called Napagunnaqullusi, which follows the talks leading up to the signing of Nunavik’s land claims agreement.

But that was much easier said than done for the dedicated team of Nunavik Inuit, who left their homes and families to spend long hours in Montreal conference rooms, hammering out a deal.

It was a period in Nunavik’s history that divided communities, even families and left Inuit unsure of their own future and livelihoods.

In the early 1970s, the Inuit region of northern Quebec was much less developed than the Northwest Territories were at the time, noted one of the film’s producers, William Tagoona.

There were fewer services, fewer airstrips and no telephones for the roughly 4,000 Inuit, he said.

“Clearly, the government wasn’t taking care of the people,” said Tagoona, who today works in communications for Makivik Corp., the birthright organization for Nunavik Inuit, which also invests land claims compensation on behalf of its beneficiaries.

The region didn’t have its own voice to represent Inuit interests in Quebec City or Ottawa — through the late 1960s, it was often an Anglican bishop who spoke on behalf of the region in any sort of political capacity.

But that changed soon after a young Charlie Watt, decades before he was appointed a Liberal Senator, came across a notice at Kuujjuaq’s post office: a map of waterways across the North where the Quebec government planned to build dams.

In the early 1970s, that was part of then-premier Robert Bourassa’s major plan to develop hydro power across Quebec’s North, with little regard for the region’s inhabitants.

“We had no doubt in our mind that we own the land,” said Zebedee Nungak, then with the NQIA, in old footage included in the film. “We’re not going to go around trying to prove that we own it. It’s up to the people who are invading it to disprove our ownership.”

Nunavik Inuit were in uncharted territory; there was no formal recognition of Aboriginal rights in Ottawa, and no sort of land claim agreement has been negotiated before.

The legal process was a foreign one to the Inuit and Cree. The group’s lawyer, James O’Reilly described a moment where a Cree witness was asked, through an interpreter, to take an oath in court, to promise to tell the whole truth and nothing but the truth.

The witness refused, responding “I can only tell you what I know.”

“They made us feel worthless, the lawyers with their big words,” recalled Kuujjuaraapik elder and signatory Robbie Tookalook in the film, viewed this week by Nunatsiaq News.

In 1973, Cree and Inuit celebrated a brief victory, when a court decision blocked the James Bay project. But that was quickly overturned by an appeal court.

The pressure was on to negotiate an out-of-court settlement. So, the NQIA regrouped and established a core negotiating team, made up of Watt, Nungak, Mark. R. Gordon, and Greg Fisk from Alaska.

Napagunnaqullusi illustrates the hope and turmoil that ensued from 1973 and 1975, where Inuit negotiators often worked round the clock to reach an agreement with Quebec.

The hour and a half long film shows footage of the group, often clad in tight jeans, flannel shirts and scruffy hair, seated at the table with suited lawyers and government officials — one of many contrasts between the two groups.

The Inuit negotiating team needed a Montreal base, and with what little funds it could secure, rented a three-bedroom apartment in downtown Montreal, which at some points in time hosted over 30 Nunavimmiut, taking shifts sleeping on the floors.

“Nobody protested,” recalled one negotiator. “It was strength in numbers.”

The division of Nunavik’s land base into categories was a last resort for negotiators, they describe in the film, and remains controversial today.

But it was the surrender clause, which would cede the rights over the vast majority of Nunavik’s land base to the Quebec government, which splintered Nunavimmiut.

A member of the negotiating team, Eliassie Sallualuk, resigned and returned home, where dissent was forming along Nunavik’s Hudson coast in the communities of Puvirnituq, Ivujivik and Salluit.

That spurred the creation of Inuit Tungavingat Nunamini (ITN), a dissident group to represent those against signing the agreement.

“Would we have accepted without the [surrender] clause? Absolutely,” Sallualuk recalled in the film. “We wanted to be involved. We are one people.”

But as negotiators inched closer to the deal with included that clause, discussion among Nunavimmiut grew uglier. Negotiators visiting Puvirnituq were threatened with weapons by community members; family members stopped speaking to each other.

“I was shocked to hear Inuit talk like that to each other,” said Alec Gordon, who works for CBC in Kuujjuaq, recalled in the film. “It really affected me.”

Just before midnight on Nov. 11, 1975, Quebec Premier Robert Bourassa finally signed off on the agreement, to the relief and celebration of the Inuit negotiating team, who’d come to Quebec City by bus earlier that day.

That year, Nunavimmiut ratified the agreement with 63 per cent support; 1,253 voted in favour of the agreement, and 660 against.

For some, it signified a major loss; for many others, it defined a fresh start for the region, with the creation of the Kativik Regional Government and the Kativik School Board along with millions of dollars for new services.

“Some people ask: exactly what did we get?” said Tommy Cain, one of the signatories interviewed in the film. “To them I say: you stand because we worked to make it happen.”

His comment went on to define the film: Napagunnaqullusi translates as So That You Can Stand, the film’s English name.

It’s an apt title, as the project was originally launched as a way to share the history of the region’s land claim with a younger generation.

Napagunnaqullusi premieres tonight, Nov. 11 — 40 years after it was first signed — at a private screening at Kuujjuaq’s Katitavik Town Hall.

Makivik Corp. will screen the film for the public at the same venue on Nov. 12.

Napagunnaqullusi was filmed by Pascal Blais Studios, co-produced by William Tagoona and Bernard Lajoie, and directed by Ole Gjerstad.

You can watch a trailer of the film here.