“This is a community steeped in its culture, one that puts men on a pedestal” 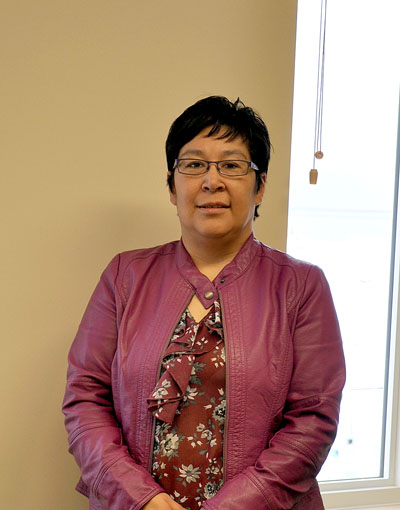 But that change won’t include a greater number of women.

Although this election will return three women to the legislature — the same number who, after byelections, ended up sitting in the last assembly — the addition of three new ridings means the overall proportion of women MLAs in Nunavut has dropped.

In the riding of Netsilik, returning MLA Jeannie Ugyuk was acclaimed, while Monica Ell was easily re-elected in Iqaluit-Manirajak.

But one of election night’s major upsets was the defeat of outgoing premier Eva Aariak.

Ten other women candidates — out of a field of 73 candidates overall — were shut out.

And although Adams feels fine about those results, she suspects her gender may have cost her a few votes.

“This is a community steeped in its culture, one that puts men on a pedestal,” she said.

Adams also considered how voters would compare her to other candidates as they decided who would best serve them in legislature.

Adams said an MLA like Sammurtok is retired, with few family commitments and prepared to be “married to his new job.”

“Me, I come with strings attached,” said the mother of three children, aged 10 to 19. “I felt it had a lot to do with what people were thinking about.”

And there’s not much that can change that situation for now, said Adams. And she she’s actually relieved, in a sense, to not have MLA duties as she awaits the birth of a grandchild next month.

“But what has to start happening is that we have to start encouraging women to go into politics,” she said, pointing to Nunavut organizations.

Adams, who also ran unsuccessfully for mayor last year, has noticed she is often the only woman around the table.

“I am conscious of it since about five years ago,” she said. “I was the only female on the Kivalliq Inuit Association and the Sakku board of directors.”

For her part, Adams said she has approached many local organizations, asking them to secure a set number of positions for women on boards.

She says she’s heard support for the idea, but no one is willing to be the first to do it.

“A lot of people are scared of change. They’re afraid to be the first to go on the radio and say ‘we want more women.’”

“I’m not saying that men and women are not equal in any way, it’s just that they bring a different perspective and more balance and diversity to the table,” Ell said last winter.

But that kind of encouragement walks a fine line, too, Adams said, because she knows many women are already too burnt out in their role as caregivers to consider a leadership role.

“The last thing they need is more pressure,” Adams said. “But everything starts by being broken open — you talk about it and things change, eventually.”