“No Seal, No Deal” petition wants Canada to block EU from Arctic Council 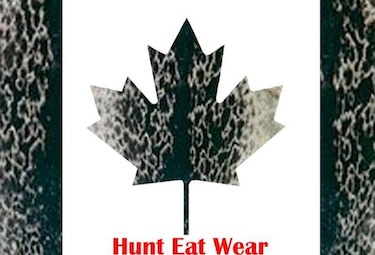 This image by Laakkuluk Williamson Bathory has widely circulated to encourage Inuit and other northern seal industry supporters to show their solidarity with the European General Court appeal by changing their Facebook profile picture to an image supporting Nunavut sealing.

A group called “No Seal, No Deal” says Canada should refuse granting Arctic Council observer status to the European Union until the EU ban on seal products is lifted.

To back up that call, the group is circulating a petition in Iqaluit and Ottawa, which it plans to table in the House of Commons.

The petition, started by Iqaluit resident Karliin Aariak, requests that Canada, as a permanent member of the Arctic Council, refuse granting observer status to the EU until the seal ban is lifted.

The petition, which as of April 19 claimed over 200 signatures, is to be submitted to Parliament by May 1.

People interested in signing the petition will find copies at various locations in Ottawa and Iqaluit, including Nunavut Tunngavik Inc..

“The petition has to be printed and handled in a very specific way to be admissible to the House of Commons, so please contact us for instructions before spending any time and energy collecting signatures,” the “No Seal, No Deal” website said.

“We the undersigned Citizens of Canada, call on Parliament to recognize the right of law abiding seal hunters to participate in the Canadian seal hunt. This hunt provides sustenance and economic opportunities to coastal and Indigenous communities across Canada.

“We call on Parliament to reject the European Union’s application for observer status at the Arctic Council until such time as the European Union recognizes the rights of Canadian seal hunters to participate in a lawful industry by completely lifting the seal product ban currently in place.”

The petition comes as the Luxembourg-based General Court of the European Union plans to hand down its decision April 25 on an appeal filed by Inuit Tapiriit Kanatami and others against the seal ban, which came into force in 2010 among the 27 EU member nations.

The appeal concerns an earlier European Court judgment from September 2011, which found the EU seal product import ban did not “directly concern” the Inuit claimants or the organizations representing them.

If the General Court of the EU now upholds the appeal, the ban on importing seal products will be struck down.

Meanwhile, the governments of Canada and Norway are conducting a separate legal challenge to the EU ban at the World Trade Organization.