“The crew did not detect any surface or subsurface contacts” 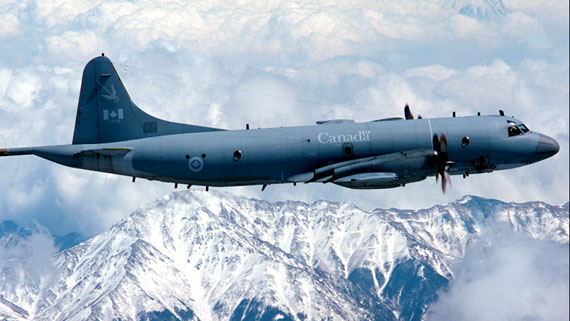 The RCAF used an Aurora aircraft to probe Fury and Hecla Strait, but found no unusual sounds. (DND PHOTO)

The Canadian Armed Forces observed no unusual sounds during a sweep of Fury and Hecla Strait, following an official request by the Government of Nunavut to investigate mysterious underwater “pinging sounds” north of Igloolik reported by sailors and hunters in June.

A CP-140 Aurora aircraft flew to the region under the mandate of “Operation LIMPID” and recorded no artificial noises emanating from the area, the Department of National Defence senior communications advisor, Ashley Lemire, said in a Nov. 3 email to Nunatsiaq News.

“The air crew performed various multi-sensor searches in the area, including an acoustic search for 1.5 hours, without detecting any acoustic anomalies. The crew did not detect any surface or subsurface contacts,” the statement continued.

Operation LIMPID is a routine domestic surveillance of Canadian assets on land, water, space, air and cyberspace, to “detect, deter, prevent, pre-empt and defeat threats aimed at Canada or Canadian interests,” the armed forces says on its website.

“I encourage hunters to keep telling the DND what they hear.”

According to Quassa’s original statements on the pinging sounds in the assembly Oct. 24 and Oct. 25, hunters reported a decrease in animal populations within the area of the sounds and suggested that the noise was driving them away.

Known as Aukkannirjuaq in Inuktitut, the area around the straits is classified as a polynya—an area of warm current frequently ice free even in winter. It’s usually home to a rich variety of species including fish, seals, walrus and whales.

The crew aboard the Aurora aircraft observed “two pods of whales and six walruses in the area of interest,” the DND statement said.

The sound was originally reported to community leaders in Igloolik by boaters passing through the Fury and Hecla Straits in June, who recorded the acoustic anomaly on sonar equipment.