Nunavut Tunngavik Inc. asks Ottawa to ban “the use, carriage and transportation” of HFOs 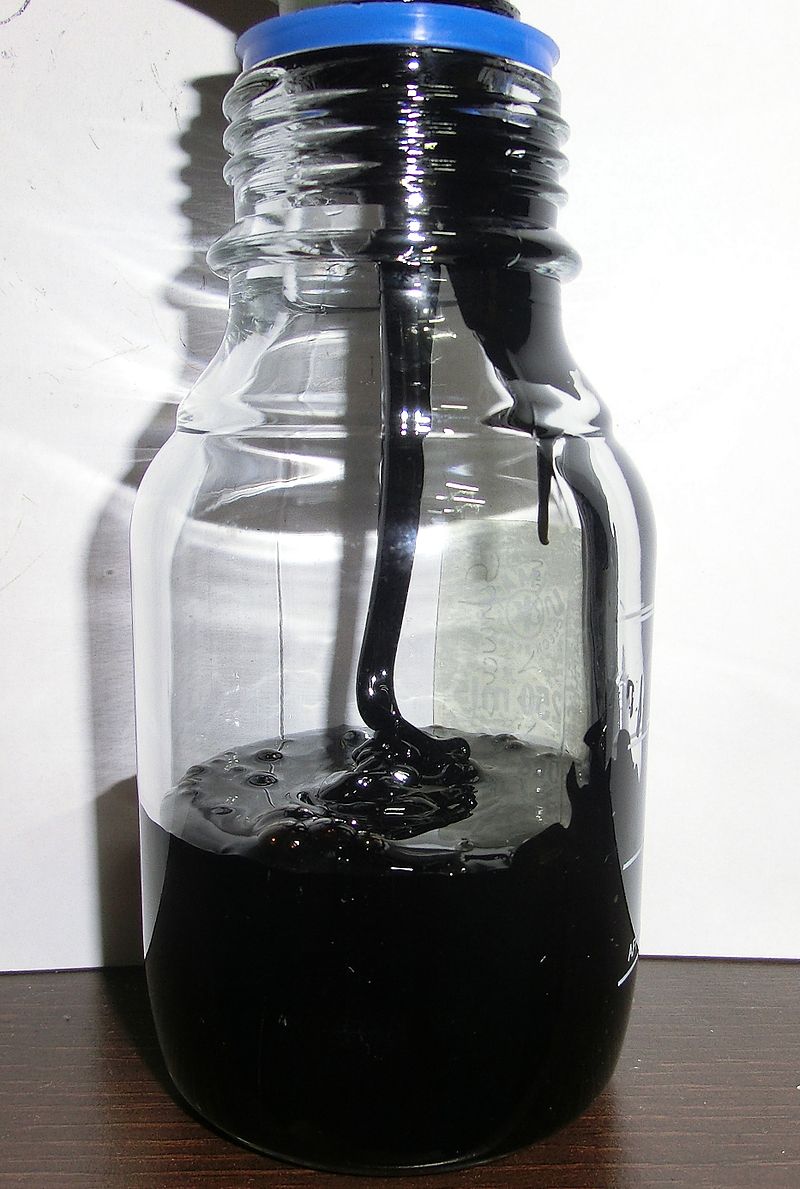 You can see in this photo how sludgy heavy fuel oil is. (PHOTO COURTESY OF WIKIPEDIA COMMONS)

Nunavut Tunngavik Inc. has joined in the push for Canada to ban heavy fuel oil from Arctic waters.

This oil, a toxic, tar-like sludge that’s often known as HFO, is used by almost half the ships operating in the Arctic.

The oil burns slowly, and it’s dirty, releasing black particles that irritate lungs and help warm the Arctic. And if it is ever spilled in cold waters, HFO could be impossible to clean up.

Concern over HFO’s impacts prompted a resolution passed on Oct. 25 at NTI’s annual general meeting, where delegates supported a resolution calling on the Government of Canada to ban “the use, carriage and transportation” of HFO in Arctic waters.

With this resolution, NTI joined the Inuit Circumpolar Council, Greenland and 14 countries in their condemnation of the dirty fuel oil, even if it means a switch to cleaner fuel might mean higher costs for shipping and resupply in the Arctic.

NTI’s HFO motion, moved by Charlie Lyall and seconded by Stanley Anablak, who both come from western Nunavut communities near the increasingly travelled Northwest Passage, said HFO should be banned because it’s generally “used by transportation and cruise ships traversing the Arctic waters.”

The International Maritime Organization, the United Nations agency responsible for the safety and security of shipping and pollution by ships, is aiming to see the adoption of the HFO ban in 2021, and phase-in by 2023.

To date, Canada and Russia have both supported the IMO’s work to consider ways to mitigate the risks associated with HFO, but Canada has yet to take a position on a ban.

Countries don’t have to wait until the IMO ban to take action.

Norway’s Maritime Authority recently put out proposals that would support cleaner fuel use by vessels on its heritage fjords, as well as stricter limits on emissions and discharges from cruise ships.

The proposals would see a ban on HFO three years in advance of the ban now under consideration by the IMO.