NTI: new report on state of Inuit culture and society “a rallying cry” for action

“If we don’t help our youth and children grow up to productive adults, than the social issues that follow will be overwhelming” 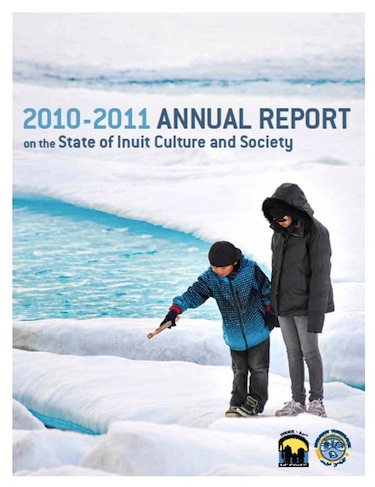 Nunavut Tunngavik Inc.’s 2010/11 Annual Report on the State of Inuit Culture and Society was released Nov. 21.

Nunavut Tunngavik Inc. intends its 2010/11 Annual Report on the State of Inuit Culture and Society to become a “rallying cry to really push governments to work more on children and youth issues,” says Natan Obed, the director of social development at NTI.

In 2019, parents will have the right to see their children educated in Inuinnaqtun or Inuktitut in Nunavut, he said.

“That’s seven years away. We do not see the urgency to make sure this happens,” Obed said. “So, we are trying to push the urgency on the relevant parties to make sure it happens. If we don’t help our youth and children grow up to productive adults, then the social issues that follow will be overwhelming.”

And “they will be passed on to the children of those children we didn’t help.”

NTI has been at odds with the Government of Nunavut over education since 2008.

That’s when NTI asked MLAs to delay third reading of the new Education Act, saying the legislation didn’t do enough to incorporate the 77 recommendations that the land-claim organization had offered.

These are the same changes that NTI still wants for education in Nunavut, Obed said, but the discussions “haven’t allowed us move the debate forward.”

The “fundamental breakdown” endures, he said.

Among the report’s recommendations: that the GN and Government of Canada work to ensure that each community has a solid base of high quality, early childhood education “by providing capital funding to support programs, developing a territory-wide curriculum framework in partnership with NTI, and expanding the role of the Early Childhood Division to provide increased support to childcare programs.”

Obed also deplores the fact that Nunavut continues to be the only jurisdiction in Canada without school boards — “a fundamental point of contention since 2008.”

“Parents must play a strong role guiding the conceptualization and delivery of schooling, but in Nunavut this is currently not possible,” the NTI report states.

The report, released days before the start of a conference on circumpolar indigenous education in Iqaluit, is a dense, heavily-documented study that suggests the GN supports a “Euro-centric view of education,” which is “an integral part of an assault by Euro-Canadians and their culture on Inuit culture and society.”

Harsh words but Obed said “we’re trying to use every angle we can on why we deserve inclusion when it comes to the formation of Inuit specific policy legislation and programs in the territory.”

NTI self-identifies “as being part of the solution,” he said.

A technical briefing by NTI on the report is in the works for participants at next week’s indigenous education conference — although NTI was not invited to be a formal presenter at the GN-organized conference, Obed said.

The 2010-11 Annual Report on the State of Inuit Culture and Society will also be tabled in the House of Commons and the Nunavut Legislature.

And NTI’s planned forums on wellness are intended to further the discussion, he said.

“It’s not just about what they need from K to 12 but it’s about what kind of people do we want our kids to be. It’s about our communities and we as parents providing all we feel need to ensure our children grow up as healthy happy Inuit that go into the world with a strong identity, strong language and cultural values as strong members of Canadian society.”

You can find the Inuktitut version of the 2010-11 Annual Report on the State of Inuit Culture and Society here.

Inuinnaqtun and French versions are also in the works.