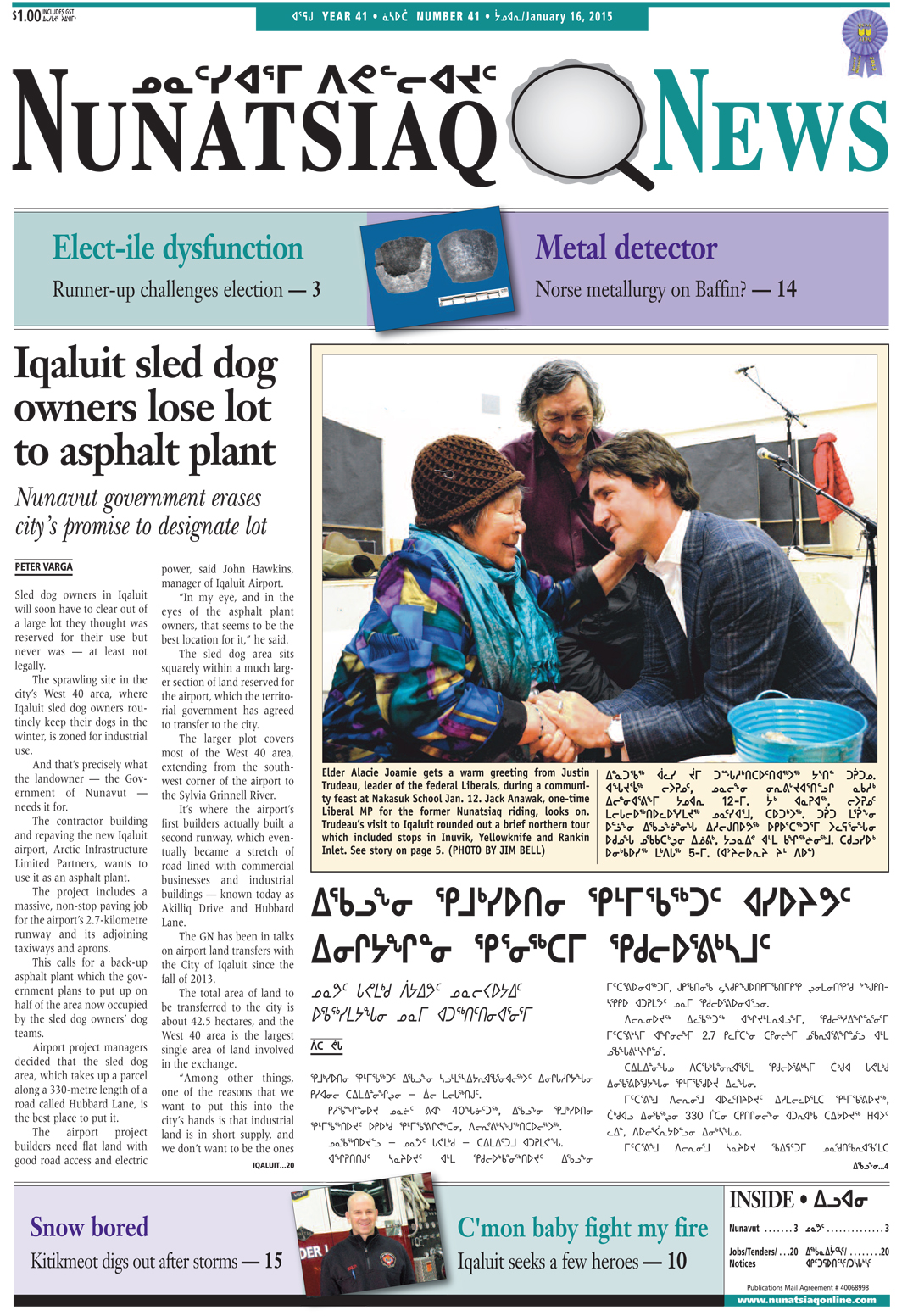 Nunatsiaq News received a windfall of accolades this week, with 14 nominations in the upcoming Quebec Community Newspaper Awards.

The QCNA counts more than 30 English-language and bilingual newspapers across Quebec. Nunatsiaq News, which regularly covers Nunavik, is the only member newspaper based outside the province.

Reporters Thomas Rohner and Sarah Rogers racked up the most nominations this year, each with three news stories shortlisted for awards.

Rohner was nominated for excellence in investigative and feature reporting for two Iqaluit-based stories; a feature series on RCMP excessive force allegations in an Iqaluit holding cell as well as an investigation into allegations among Government of Nunavut employees that they were bullied in the workplace.

Rohner received a third nomination for an education feature on an Iqaluit science camp for local youth.

Nunatsiaq News’ Nunavik correspondent Sarah Rogers received a nod for two community stories: one on efforts to train local people in suicide prevention following a cluster of deaths in Salluit last year, along with another piece airing the frustrations of Kuujjuaq residents over limited access to homeownership subsidies.

Rogers’ story about an art gallery’s efforts to digitally preserve thousands of Cape Dorset prints was shortlisted in the QCNA’s arts and entertainment category.

The newspaper’s managing editor Lisa Gregoire and former reporter turned-freelancer David Murphy will face off against each other in the QCNA’s news category.

Gregoire was nominated for her story on an inquest called into a police shooting death of a mentally ill Igloolik man, while Murphy was shortlisted for his piece on a Russian helicopter pilot who survived a crash landing in Arctic waters.

• Gregoire earned a second nomination for her story on the Nunavut community of Sanikiluaq’s efforts to revive its eiderdown industry;

• Nunatsiaq News editor Jim Bell was nominated for his editorial entitled “Nunavut needs a new social contract,” which calls on the Nunavut government to address inequality across the territory.

• Reporter Steve Ducharme picked up his first QCNA nomination for a sports story on an Iqaluit youth who becomes the first Nunavut Inuk to earn a black belt in taekwondo;

• Freelance contributor Dan Rubinstein was also nominated in the QCNA’s community health category for a feature on Inuit youth who joined Innu doctor Stanley Vollant on a 500 kilometre walk to promote health living;

The QCNA will announce winners at a June 3 gala in Montreal.