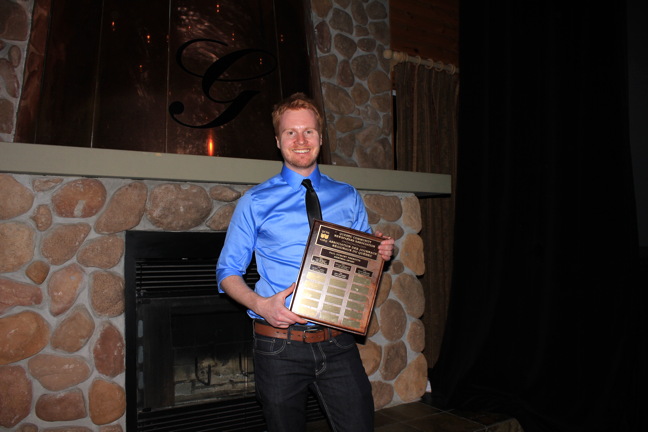 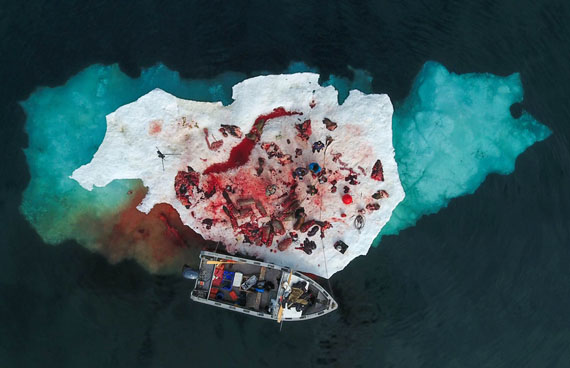 Reporter Steve Ducharme was honoured this year with the Paul Dumont-Frenette Outstanding Journalism award, a special award of merit chosen by the judges after considering all written entries in a given year.

Ducharme, who has worked at the newspaper for nearly two years, was nominated for four writing awards this year and came home with two first place wins, one for a sports story on Nunavik athlete Deseray Cumberbatch and one for best news story for his coverage of the discovery of Sir John Franklin’s lost Terror ship in September 2017.

Clyde River photographer Robert Kautuk was also singled out by the QCNA this year. Kautuk took home an award for best news photo for an extraordinary drone picture, shot above an ice floe, which captured a successful walrus hunt and butchering near Igloolik in July 2016.

Nunatsiaq News was nominated for an impressive 17 individual editorial, design and photography awards this year.

“The awards are deserving recognition to our editors, reporters and community freelancers for their deep commitment to covering current events in Nunavut and Nunavik in 2016,” said Nunatsiaq News Publisher Steven Roberts.

Here are the results from the ceremony June 2:

• Steve Ducharme: along with the two wins mentioned above, Ducharme took home a second place honour in the feature category for a story on Louie Kamookak’s contribution to the Franklin Terror ship find, and second place for best business story for a piece on bad loans at the Nunavut Business Credit Corp.;

• Thomas Rohner: a former reporter for the paper, Rohner was nominated for two awards this year and won both—best investigative journalism for this three-part series on the murder of Mappaluk Adla by stepbrother Peter Kingwatsiak, and best business feature for a story on Rankin Inlet outfitter John Makayak Hickes;

• Lisa Gregoire: the paper’s managing editor and writer was nominated for two awards this year; she took home first place in arts and entertainment for a tribute to artist Annie Pootoogook following her unsolved death and a second place finish in investigative reporting for a three-part series on Inuit foster care;

• Jim Bell: our editor was nominated for two awards this year. He took home a second place finish in the Bob Phillips Award for best editorial for a piece on the fall of Nunavut MP Hunter Tootoo and a third place honour for best municipal story for a tribute to the late Bryan Pearson;

• Sarah Rogers: long-time reporter Rogers was nominated for two awards this year. She took home a second place honour in the best news story category for a story on the return of the Saputi crew following problems at sea and second place in the feature series category for a series of stories she wrote on suicide in Nunavik in spring 2016;

• Andrea Gray: the newspaper’s production designer, who leads design of our weekly print edition, took home a second place award for front page design and second place for an ad she designed for Arctic Co-operatives Ltd.;

• David Kilabuk: our Pangnirtung freelance contributor took home a second place honour in feature photography for his exquisite Pangnirtung landscape photo from October 2016 which we featured as our Facebook cover photo; and,

Nunatsiaq News has its origins in Inuksuk, a not-for-profit newspaper that published between 1973 and 1975 in Iqaluit. Under the name Nunatsiaq News, the paper has served eastern Arctic communities in Nunavut and Nunavik nearly every week since July 1975.