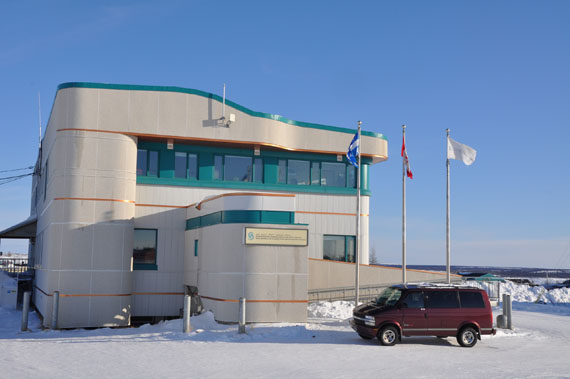 The Nunavik Regional Board of Health and Social Services’ head office in Kuujjuaq, where its board of directors elected new executive members during a meeting last week. (PHOTO BY SARAH ROGERS)

Nunavik’s health agency has a new group of executives at its helm.

The Nunavik Regional Board of Health and Social Services met last week in Kuujjuaq, where its board of directors elected a new chair: Lucy Tukkiapik Carrier of Kangirsuk.

She replaces the outgoing chair, Elisapi Uitangak, who remains a board member for Puvirnituq.

The organization’s board of directors is otherwise made up of representatives from each of Nunavik’s 14 communities, plus directors from its two regional health centres:

Each member is appointed by their municipality or institution to a three-year term, which will come to an end in 2018.