Six active cases of TB detected in Kuujjuaq since January 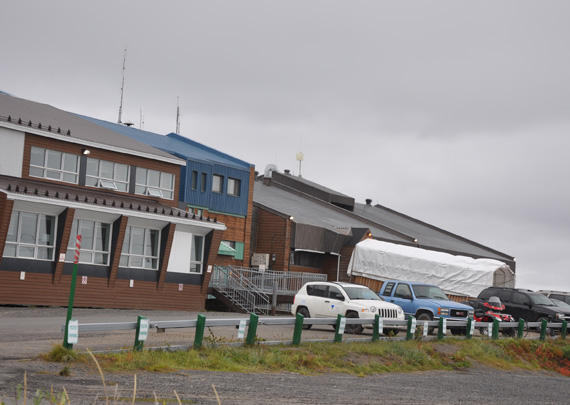 Tulattavik health centre in Kuujjuaq has seen six active cases of tuberculosis so far this year, with ten other cases reported around the region over the same period. (FILE PHOTO)

Nunavik health officials are asking Nunavimmiut to “remain vigilant” as health care workers deal with a new outbreak of tuberculosis in the region, this one targeting its largest community.

The regional health department says it has seen six cases of active TB in Kuujjuaq since the beginning of the year.

That’s in addition to ten other cases detected in other communities since the beginning of the year, spread out in Puvirnituq, Inukjuak, Salluit and Kangiqsualujjuaq.

“All of these cases are being treated and carefully monitored,” said the Nunavik Regional Board of Health and Social Services in an April 25 release.

“Public Health and the Ungava Tulattavik Health Centre are actively screening those who many have been in contact with a contagious person.”

While health officials are warning Kuujjuamiut to be careful, they say they’re confident that efforts to screen for TB has contained the infectious disease.

This is the second outbreak of TB that Nunavik has seen in as many years. The community of Salluit counted almost 30 cases in the last half of 2015, prompting a mass screening.

While TB is a serious disease, the bacterial infection is not easily transmitted, Nunavik’s health department said.

There is almost no risk of contracting the disease at large social events, like feasts or hockey games.

But a person who spends several hours with someone who is sick with TB in a closed space, like a home, can become infected.

TB can pose a serious health threat to those who contract the disease, especially among children and seniors; even more so if it remains undiagnosed and untreated.

Nunavimmiut should visit their local health centre if they notice the following symptoms:

• a persistent cough that lasts for two weeks or more;

• loss of appetite and weight loss;

• pain in the chest when breathing; and

In Kuujjuaq, anyone who suspects they could have TB should be immediately evaluated at Tulattavik Health Centre.

“The cooperation of everyone is needed to identify those who may have active, contagious tuberculosis,” the health department said April 25.