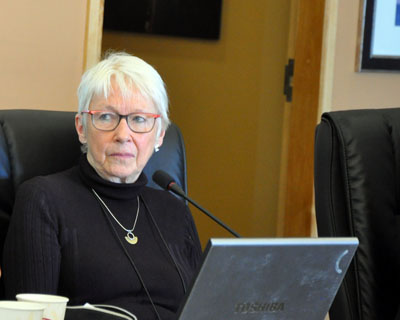 Most of the recent active cases of TB have occurred in the Hudson Strait community of Salluit, where 36 cases have been reported since June 2015.

Health officials say they’re committed to bringing those numbers down: by 2020, the department plans to reduce TB rates in Nunavik to 30 cases per 100,000, and, by 2030, the department hopes to get rates on par with the rest of the province.

“We can say it’s an epidemic and something we have to take action on.”

Judging by the reaction of community representatives, the infectious disease is still largely misunderstood with many Nunavimmiut unsure of how to detect and treat it.

Hilda Snowball, regional councillor and mayor of Kangiqsualujjuaq, a community that’s been hard hit by TB in recent years, said residents there don’t always know how to respond to cases.

“People are sometimes scared to shake other peoples’ hands,” she said. “So as leaders, we need to inform our population before it spreads to other communities.”

For an infection so severe, TB actually doesn’t spread that easily, Bouchard said — transmission requires close and regular contact, such as living in the same home as an infected person.

And communities that have seen outbreaks should not be ostracized from the rest of the region, she said.

But health care officials in Nunavik are seeing a trend: those most affected by TB are young Nunavimmiut between the ages of 15 and 30.

“This is a group that doesn’t come easily to health care. They wait until they’re really sick until they seek care,” Bouchard said. “So by the time they come, they’ve been in contact with many people.”

That said, the recent mass screening clinic held in Salluit through December was a success, she said, with more than 1,000 community members coming in to be screened for TB.

Public health has now tracked 36 cases in that community since June 2015, and another 76 cases of “sleeping” TB which puts individuals at higher risk of developing active TB later on. All cases are being treated.

“We really want to thank the people of Salluit, they really helped,” Bouchard said. “It was a good community effort.”

Health officials have also introduced the anti-TB vaccine BCG in Salluit, and plan to offer it to Umiujaq and Inukjuak, where newer cases have been reported.

The vaccine is recommended for babies under the age of two who are considered more vulnerable to the infection, Bouchard said.

Once a person tests positive for an active case of TB, they are immediately isolated at the closest hospital, in Kuujjuaq or Puvirnituq, or sometimes in Montreal, for a period of two weeks. Patients then continue to take medication for a six-month period.

That treatment, combined with vaccines and better education, aims to clear the latest outbreak in the region.

But Nunavimmiut want to see the infection eradicated and that will require more than just a health care approach, said regional councillor and mayor of Kuujjuaq, Tunu Napartuk.

“We have to reach [Quebec’s rate] as soon as possible,” Napartuk said.

“One of the main causes is the shortage of housing in the region… with too many people living in one building. Why is this still like this, when we know how TB spreads?

“Our lives are precious too, just like in the rest of Quebec.”

Tuberculosis and how to know if you’re infected

Tuberculosis is caused by a germ that infects the body, Bouchard explained.

If your immune system is strong, you may fight the infection off to the point that the TB infection remains dormant — and it can remain like that for years. But the infection can become active at any time.

People with active TB might notice a persistent cough that lasts longer than two weeks. They may also have night sweats and suffer from fatigue and loss of appetite.

“We’ve seen people who had lost 30 pounds before they showed up to doctor,” Bouchard said.

The infection is curable. Without treatment, however, TB can eventually kill by gradually eating away at the lungs or, in rare cases, by spreading to other organs.

There have been no deaths associated with TB in Nunavik in recent memory, health officials noted. 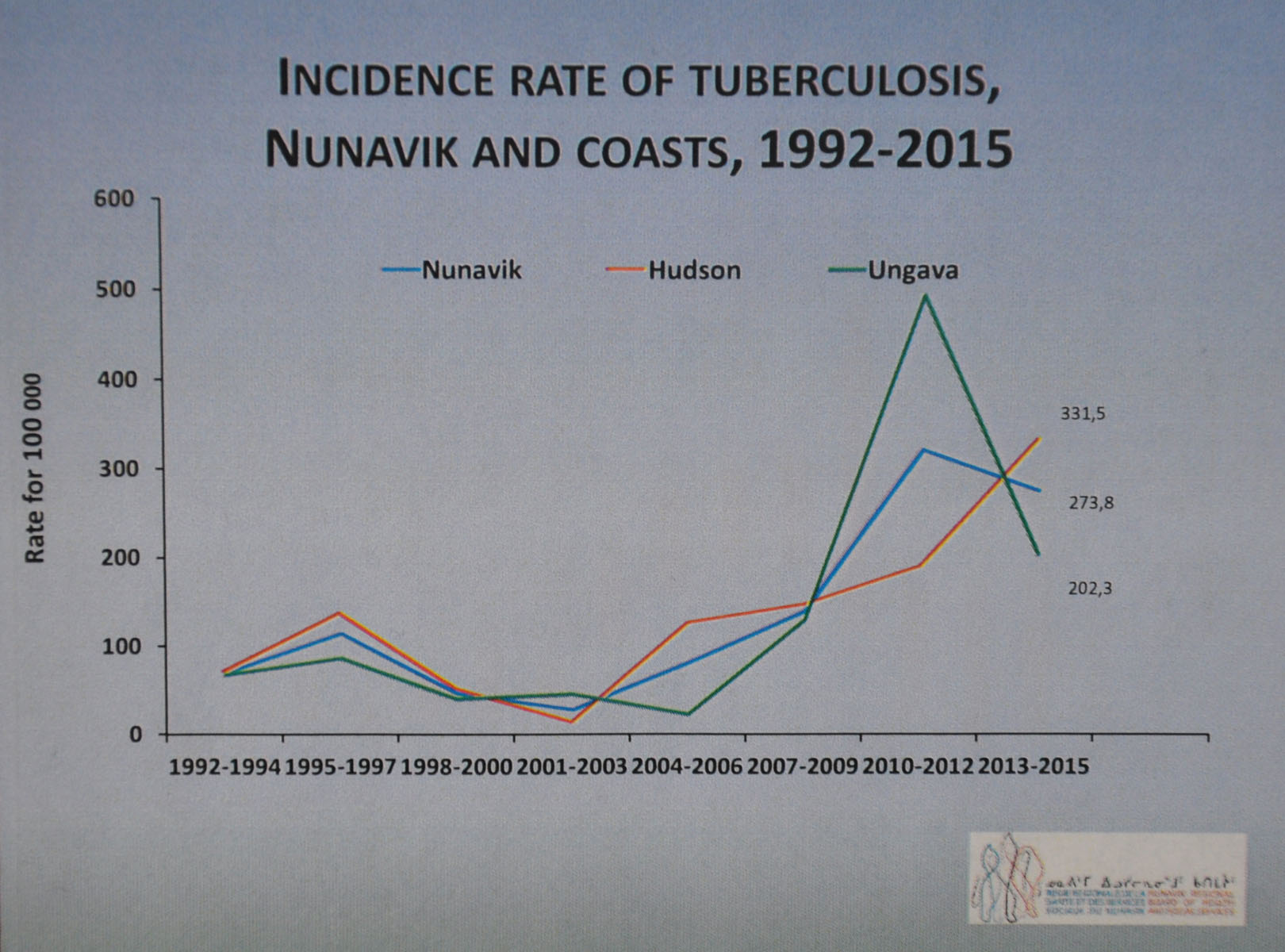 Incidence rates of TB in Nunavik and by coast between 1992-2015. (IMAGE COURTESY OF NRBHSS)