Police seized dozens of bottles flown in as cargo to Salluit 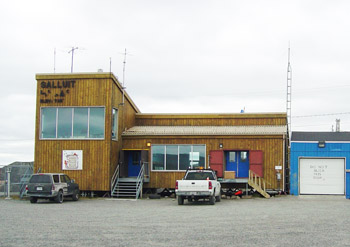 Nunavik police have seized dozens of bottles of bootlegged liquor that were destined for residents of the Hudson Strait community of Salluit.

Kativik Regional Police Force officers in Salluit picked up 168 bottles of vodka that had been flown in as cargo June 22.

In an email to Nunatsiaq News, the Kativik Regional Government said the total estimated street value of the seizure was more than $20,000.

The KRPF did not say if any arrests have been made in connection with the bootlegged alcohol, but police continue to investigate.

That, interim chief of the KRPF, Pierre Bettez said, is directly related to a decrease in violent crime seen across the region so far in 2015.

“Crime in the region is directly related to alcohol use,” Bettez told the council meetings. “Every time we take away a bottle, we may be stopping a drama from happening.”

The KRPF says that sexual assaults tend to be linked to alcohol intoxication.

The vast majority of bootlegged alcohol into the region is hard liquor. A 1.75-litre bottle of Smirnoff vodka, which retails in Montreal for $50, can sell in Nunavik for $600.

Police in Nunavik have said they’re working to stop bootlegged alcohol from entering the region, often through Puvirnituq, which has become a central distribution point for alcohol destined for other communities in the region.