“We don’t want to be brushed off” 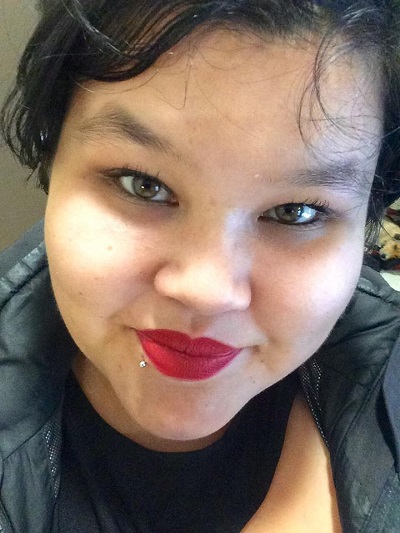 Québec Solidaire may not be a well-known political party in Nunavik, but it’s hoping to gain some support in the region with the help of an Inuk candidate.

In a last-minute change to the ballot, Alisha Tukkiapik, 27, is running to represent Québec Solidaire in the riding of Ungava.

The Quebec election is Oct. 1. Québec Solidaire, a socialist and sovereigntist party founded in 2006, initially had another candidate, Olivier Dion, in place for Ungava.

But when that candidacy fell through, Tukkiapik—a single mother and community worker based in Kuujjuaraapik—got a call from the party asking her to step up.

“All I could think is: can I do this for four years,” said Tukkiapik in a phone interview. “And I just couldn’t let it go. This is a huge opportunity.

“Even if I don’t win, it’s just to show people that Inuit are capable of doing this. We are here.”

Tukkiapik, 27, was born in Montreal. Her family was originally from Kuujjuaq, but she spent time in youth protection as a child and lived in Kangirsuk, Puvirnituq and Inukjuak.

She has now called Kuujjuaraapik home for the last eight years, where she works as a community worker, is studying long-distance towards her social work diploma and raising her seven-year-old daughter, Arantxa.

She said she was drawn to Québec Solidaire for the party’s commitment to social justice.

Québec Solidaire has pledged to invest “massively” in social and cooperative housing to Quebec’s North; it has promoted participatory and restorative justice practices in Indigenous communities and plans to adopt the United Nations Declaration on the Rights of Indigenous Peoples.

Quebec-wide, the party is campaigning on a promise to deliver universal dental care and free daycare and post-secondary education.

In a region where voters tend to lean towards Quebec’s federalist parties, Tukkiapik has faced a number of questions about Québec Solidaire’s position as a sovereigntist party.

If elected as a government, the party has said it would hold a referendum on sovereignty at the end of its first mandate.

Tukkiapik said she is not pushing a sovereigntist agenda, but feels the party’s platform will benefit Nunavik.

“There are a lot of parties using that as a scare tactic,” Tukkiapik said. “Yes, they have that plan. But it’s not their complete platform and it’s not going to happen any time soon.”

“For me, this is the only party that wants to reconcile with Aboriginal people in Quebec,” she added. “We don’t want to be brushed off.”

The Liberals and the Parti Québécois sit at 28.5 per cent and 20.5 per cent support, respectively.

Tukkiapik is among the very first Inuit women to run to sit in Quebec’s National Assembly, and she has company this election.

Mona Belleau is running for the provincial NDP in Chauveau, a riding that on the outskirts of Quebec City. Originally from Iqaluit, Belleau is the daughter of Jacques Belleau and cooking show personality Rebecca Veevee.

“As much as we’re running against each other, we’re also doing this together, as Inuit,” Tukkiapik said.

“I’m just cheering her on. It just shows how far we’ve come.”

Visit the Elections Québec website to register to vote.