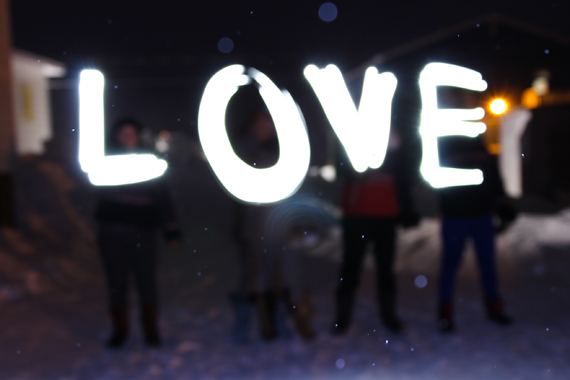 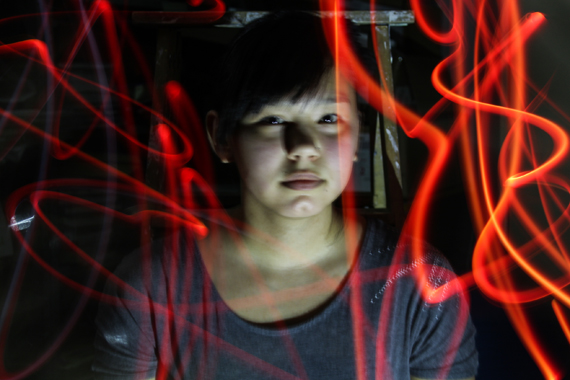 A portrait of Kangiqsujuaq student Annie-Caroline Palliser, framed with streaks of red light. 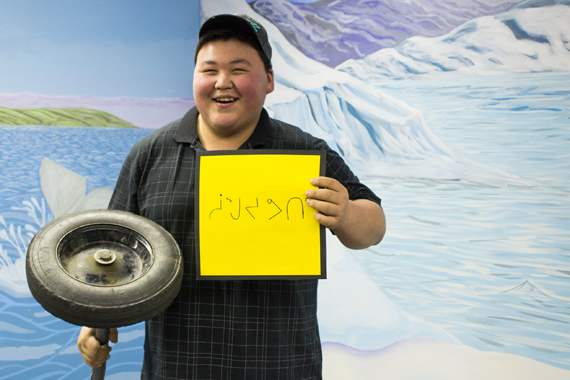 Kangiqsujuaq youth also made signs to break the stigma of mental illness. This one, held by student Matthew Greig, says “You are strong.”

KUUJJUAQ — Patrick Hickey, a mental health advocate and Ontario-based university student, spoke to a group of youth seated at Arsaniq school Feb. 16 in the Nunvaik community of Kangiqsujuaq.

He put questions to the group, asking them to stand if their response was “yes.”

“Do you like hockey?” Hickey asked about a dozen youth between 12 and 20 years old, a question to which many students stood.

But when Hickey asked “Do you have mental health?” many didn’t know how to respond.

Everyone has mental health, he explained, and they have to take care of it.

That was the start of a conversation Hickey began in the Hudson Strait community last week as part of a workshop he developed called Northern Lights.

But he didn’t do it alone; Hickey brought two other university students, Gabi Foss and Eva Wu, who run a program called Art For Heart, dedicated to the therapeutic benefits of art.

The group put a bunch of cameras into the hands of students from Arsaniq school and taught them how to work with a camera’s aperture and shutter speed to control the amount of lighting, and then how to edit the photos afterwards.

In an era of smartphones, Yaaka hadn’t used a real camera very often, beyond trying her father’s camera a few times.

She and other youth created a series of images using a technique the group coined “light painting,” where the subject moves lighting sources around during a long exposure to create bright streaks of colour.

There was an important conversation happening all the while.

“We hardly know about mental health… we didn’t know about the different kinds,” Yaaka said.

“We’ve been learning about how people with depression might act and the symptoms, like how they might eat less,” she said. “It was really important because youth here don’t get enough information about it.”

“Something clicked” for the group, Yaaka said — and it wasn’t just the sound of the cameras’ shutters releasing.

“Photography was definitely the draw to get students to come out,” said Foss, a photographer and health sciences student from Ontario. “It was also a medium to get them talking about [mental illness.]”

“Seeing the world through the eyes of a photography, you see beauty in everyday life,” she said. “You’re seeking positivity and light where there might be darkness.” 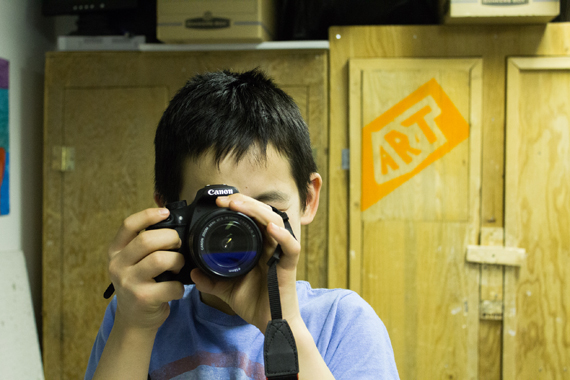 William Kiatainaq looks through the lens of his camera in an image captured by Jamie Yaaka.