In federal election, Nunavik votes split between orange and red 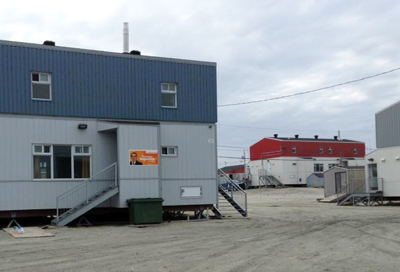 Forty-one per cent of Nunavimmiut voters cast ballots Oct. 19 for NDP MP Romeo Saganash, who has boosted the party’s support in a region that normally votes Liberal. (SUBMITTED PHOTO)

Nearly 1,000 more Nunavimmiut showed up to vote in this month’s federal election compared with 2011, according to preliminary results from Elections Canada.

That year, there were 6,670 Nunavimmiut who were eligible to vote.

But it’s still unclear what percentage of Nunavimmiut voted in 2015; preliminary results do not include the number of eligible electors in the region.

Dufour led polls through most of the evening, until Saganash pulled away to win the riding with 37 per cent support riding-wide.

“I knew it was going to be tight,” Saganash told Nunatsiaq News the day after the election, noting that polls the riding’s Cree and Inuit communities trickled in last, boosting Saganash’s numbers.

Nunavik, a region that has traditionally voted Liberal, did indeed give 41 per cent of its support to Saganash. But it was only slightly more than the 38 per cent in the region who voted Liberal.

Throughout Abitibi-James Bay-Nunavik-Eeyou, voter turnout went up just slightly from the last election, from 53 per cent in 2011 to 55 per cent in 2015.

A long and tight race leading up the Oct. 19 federal election appears to have encouraged a strong voter turnout nation-wide, at 68.5 per cent, up from 61.1 per cent in 2011.

Nunavut saw its highest voter turnout since the creation of the territory, with 61.9 per cent.

Elections Canada has not yet made poll by poll results available for the territory.