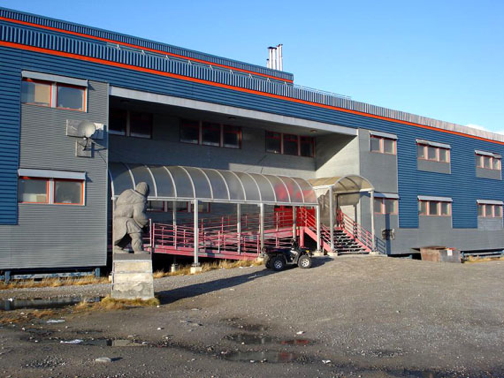 A Nunavik youth who walked into a high school with a loaded rifle earlier this month now faces four charges in relation to that incident.

On the afternoon of June 5, the Kativik School Board said a student walked into Iguarsivik secondary school in Puvirnituq with a loaded rifle, looking for another student.

The suspect cannot be named under the Youth Criminal Justice Act, but has now been charged with uttering death threats, the Kativik Regional Police Force said June 29.

No one was harmed in the incident.

An earlier version of this story, based on information from police in Montreal, reported the suspect in the Puvirnituq school incident was the same youth suspect involved in a June 12 and 13 stand-off in the neighbouring community of Umiujaq.

It now appears as if the Montreal police conflated the identities of the two accused young people.

The 17-year-old male suspect, who was wounded in the Umiujaq incident, has been charged with attempted murder and assault. He remains in detention in Montreal awaiting a bail hearing in mid-July, said Montreal police, who are continuing to investigate the second incident.

Nunatsiaq News apologizes for the error.