“The idea is really to acknowledge the skills these kids have” 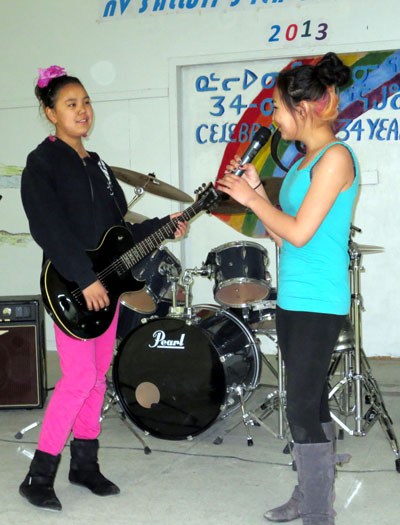 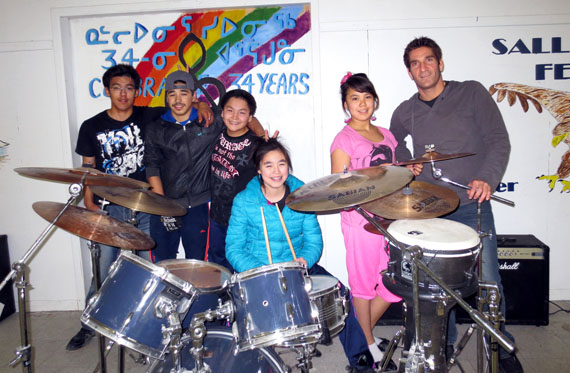 Have you heard the news? Salluit’s got talent.

Local musicians will get a chance to show off what can do when the community hosts a major talent show Oct. 30 – complete with a performance by one of Salluit’s best-known talents, Elisapie Isaac.

That’s when several dozen youth, teachers and other aspiring musicians will take the stage to entertain the community, and compete for a trip south to see the Montreal Canadiens play this fall.

Local youth protection worker Emmanuel Morin spotted an interest in music among the community’s youth as soon as he moved to Salluit earlier this year.

“I wanted to bring music to what I do,” said Morin, also a musician, who opens the community centre every Saturday for youth to come in and play instruments.

But Morin wanted to give young people a better venue for sharing their talents, which is why he’s launching a talent show in October.

With the help of Salluit mayor Paulusie Saviadjuk, the event has picked up funding and support to buy new instruments — a Fender Stratocaster electric guitar, a bass guitar, keyboards and a drum kit.

The idea was inspired by another Nunavik show held last June called Kuujjuaq’s Got Talent — taken from the hit reality series America’s Got Talent.

“The idea is really to acknowledge the skills these kids have, and include as many people as possible,” Morin said. “If some of our youth are shy, teachers will join them – whatever helps them get on stage.”

But other young musicians are naturals on stage, Morin pointed out.

Celine Saviadjuk, 13, says she’s not at all nervous about performing a gospel song at the show.

Morin has helped coordinate a back-up band, and they’ve been rehearsing together in preparation for the big night.

Along with Saviadjuk’s gospel singing, audience members will be treated to more pop hits, some hip hop, heavy metal as well as more traditional performances, like throat-singing.

Morin said he’s seen a huge interest since he first launched the idea — even from outside the community.

“I see on Facebook that there are tons of other youth that would love to take part,” he said.

At least one will: Mark Adams, a rapper from neighbouring Kangiqsujuaq, is coming in to perform that night.

The talent show will wrap up with a performance by Montreal-based singer Elisapie Isaac, who is returning back to her home community for a few days to take part in the event.

“That community is really excited about her coming. It’s turned out to be a real motivation to get involved,” Morin said.

Three of those tickets will go to winners of the talent show, selected by a three-person judging panel. The other two will be raffled off.

If you’d like to take part, send an email to emmanuelmorin1977@hotmail.com or check out the event’s Facebook page.