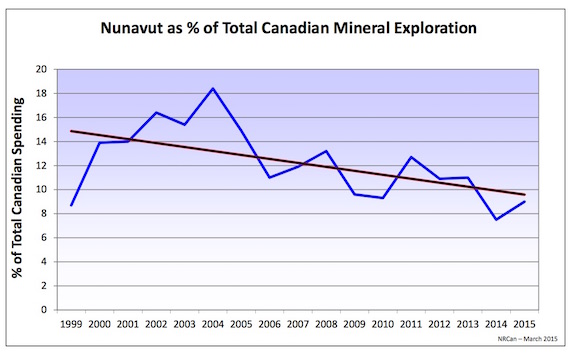 After nosediving in 2013 and again in 2014, the amount of money that mining and mineral exploration companies plan to spend in Nunavut is set to rise in 2015.

That’s according to the latest exploration look-ahead on exploration spending from 2010 to 2015, compiled by Natural Resources Canada and released March 9.

Meanwhile, commodities prices are tumbling, providing no incentive to companies to explore or expand. Iron stood at $62 per ton at the end of this past February, down from more than $92 per ton in August 2014.