Nunavut board drops lawsuit against Ottawa, heads into talks 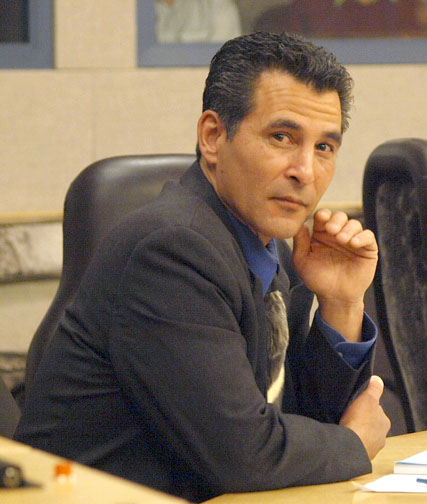 Nunavut Planning Commission Chair Hunter Tootoo says the board has dropped a court action against Ottawa to facilitate open and frank talks about funding final hearings on the draft Nunavut Land Use Plan. (FILE PHOTO)

The court case is off the table. Now let’s talk for real.

Hunter Tootoo, chair of the Nunavut Planning Commission, said a judicial review, filed with the Federal Court, has been officially discontinued prior to upcoming talks with Ottawa over increased funding for land use plan final hearings.

“One of the issues that has been raised is our legal action with the federal government,” said Tootoo.

“To show that I believe things are progressing forward, I gave direction last week to discontinue that action. I said ‘if you want to sit down and talk, let’s sit down and talk without the court case pending on these discussions.’”

The planning commission has been trying since last summer to hold final public hearings into their draft Nunavut Land Use Plan, a huge document that took years to compile and which will govern where development can take place in Nunavut, what lands are protected, and rules about how that’s all done.

But the cost of the hearings — which include pre-hearing conferences and technical hearings — is now estimated at $2.4 million, according to Tootoo.

When the NPC went to Ottawa to ask for help to pay for those hearings, Ottawa refused.

So on Aug. 18, the NPC launched the Federal Court action, alleging broken promises and political interference.

Tootoo said thanks to a recent 25 per cent budget increase from Ottawa, the commission can pay for half the cost of the hearings but still needs the federal government to kick in the rest.

But the lawsuit seemed to be getting in the way of open and frank discussions.

“I could understand their hesitancy with that hanging in the wings so I said, ‘if you really want to move forward, as a sign of good faith, let’s withdraw from that process and work together to move forward.’”

He said he’s hopeful Ottawa will agree to the $1.2 million in supplementary funding.

“Progress is being made. I’m very optimistic,” he said.

“All the planning partners, we’re in this together. We should be working with each other to move this process along and we can only achieve that if we are completely open and honest and transparent with each other.”

The planning commission has scheduled a draft Nunavut Land Use Plan technical briefing for June 23 to June 26 at the Cadet Hall in Iqaluit and a pre-hearing conference for July 14 to July 16.