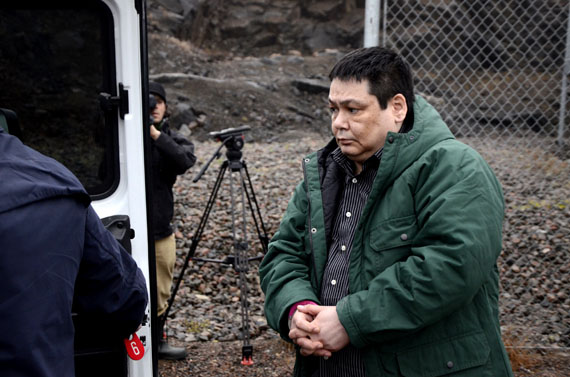 Adrian Van Eindhoven, who has had two second-degree murder convictions overturned on appeal, appears to be working out a plea bargain to avoid a third trial. (FILE PHOTO)

Adrian Van Eindhoven of Rankin Inlet is not expected to stand trial for a third time in connection with the 2004 death of his common law partner, Leanne Irkootee.

That’s because Justice Beverly Browne, now a deputy judge from Alberta, on May 30 at the Nunavut Court of Justice, scheduled Van Eindhoven to appear in an Iqaluit courtroom June 20 for a presentation of the facts of the case and sentencing.

This means that, although Van Eindhoven has not yet entered a plea on the second-degree murder charge he faces in connection with Irkootee’s death, lawyers are in the midst of plea negotiations.

Nunavut juries have twice convicted Van Eindhoven — in 2007 and in 2013 — of second-degree murder for stabbing and killing Irkootee with a steak knife while in a fit of rage over missing alcohol.

Van Eindhoven admitted at trial that he beat Irkootee bloody in the hours leading up to the 23-year-old’s death.

And both juries heard that Irkootee’s scalp hair and DNA were found on Van Eindhoven’s steel-toed boots from that night, suggesting a savage beating.

But Van Eindhoven, who has been in custody since September 2004, mounted two successful appeals to both convictions.

Most recently, the Nunavut Court of Appeal agreed with Van Eindhoven on May 10 that the 2013 trial judge, Earl Johnson, made numerous mistakes while instructing the jury before the jury’s deliberations.

Those mistakes amounted to a “miscarriage of justice,” Justice Jack Watson of the appeal court said in a unanimous decision from the three-judge panel.

Van Eindhoven, who did not appear in court May 30, is scheduled to appear June 20 at 9:30 a.m. at the Nunavut Court of Justice in Iqaluit.