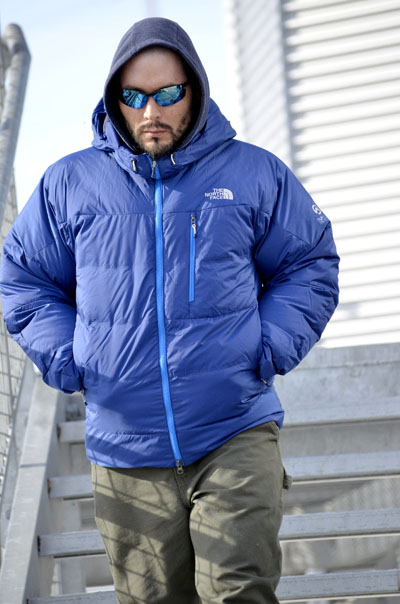 Colin Makpah, 29, leaves the Nunavut Court of Justice April 29 after day one of his manslaughter trial, which is expected to take about three weeks. (PHOTO BY DAVID MURPHY)

Boozing, frayed tempers among friends and a fight over baby supplies may have preceded the death of Rankin Inlet man Donald James Gamble, also known as D.J., the Nunavut Court of Justice heard April 29 on day one of Colin Makpah’s manslaughter trial.

But Nakoolak’s manslaughter charge was dropped after a preliminary hearing last year, when a judge found there was not enough evidence to justify sending Nakoolak to trial.

Nakoolak said Gamble’s partner, Sheryl-Lynn Outchikat — while the four adults drank vodka and hung out inside Nakoolak’s living room — asked Gamble to get baby supplies for their one-year-old

After complaining that he didn’t want to go, Gamble agreed and drove to the store.

Gamble returned to Nakoolak’s, but someone told the RCMP about Gamble’s drinking and driving.

The RCMP knocked on Nakoolak’s door and searched his apartment, looking for Gamble.

Nakoolak said Gamble avoided the cops by running upstairs and jumping out a second-story window.

The RCMP towed Gamble’s ATV away, and Gamble returned to Nakoolak’s house a few minutes later.

But a fight broke out in the living room when Gamble returned. Nakoolak said Gamble blamed Outchikat for getting his ATV taken away — because she insisted he drive to the store while drunk.

The altercation got physical when Gamble swung his fist at Outchikat.

A brawl broke out when the two men tried to protect her from Gamble’s assault, Nakoolak said.

“We were wrestling around, trying to stop D.J.,” Nakoolak told Amir Alibhai.

Nakoolak told the Crown that on a scale of one to 10, the fight ranked below five on a level of seriousness.

But Nakoolak later agreed with defence lawyer Shayne Kert that Gamble was “out of control” and that the fight was “chaotic.”

Nakoolak also agreed with Kert that Gamble drank the most from a 40-ounce bottle of Smirnoff vodka the four people were sharing.

After some wrestling, pushing and yelling, Nakoolak said Gamble calmed down and stopped fighting.

Nakoolak said he didn’t see Gamble get stabbed, but admitted in court that the stabbing must have occurred during the fight.

After the fight ended, Nakoolak said he didn’t remember seeing Makpah inside the apartment.

Nakoolak said Gamble went outside and sat on Nakoolak’s front porch and complained that he had trouble breathing.

Nakoolak said he didn’t know Gamble had been stabbed, and left him sitting on the porch. He also said it was only after the fight that he noticed a knife on the floor of the living room after the fight.

Photos taken at the crime scene showed bloodstains around the kitchen, and Nakoolak said Outchikat mopped blood off the kitchen floor after the fight.

Nakoolak, still not knowing that Gamble sat dying on his front porch, took to his computer and talked to Makpah over Facebook.

During the Facebook chat, Makpah asked Nakoolak how “big boy” was doing — referring to Gamble.

Nakoolak also said Outchikat took a cell phone picture of a slouched Gamble that she planned on showing Gamble the next morning.

Police and an ambulance showed up later that night.

The defence cross-examination of Nakoolak is set to continue April 30.

Crown Amir Alibhai said he plans to call 28 witnesses in the trial, which is scheduled to last three weeks.

Makpah is currently free on bail. He sat in the public area of the court, on the opposite side of the courtroom from where Gamble’s family sat.