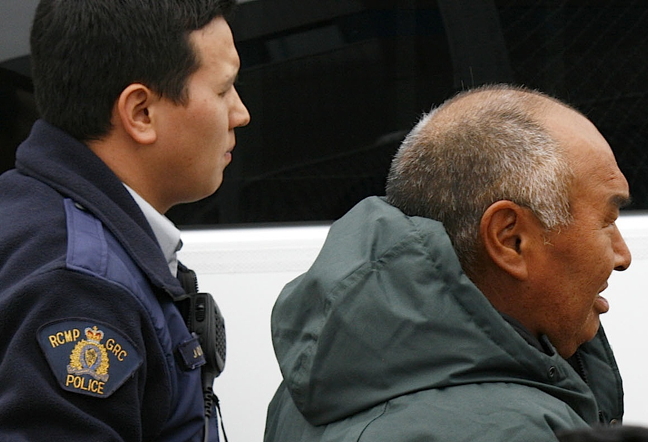 Johnny Meeko, in 2012, entering the Nunavut Court of Justice in Iqaluit. (FILE PHOTO)

The Nunavut Court of Justice in Iqaluit has set aside a week of court time, starting May 29, to hear new evidence in the historic sex abuse case of former Sanikiluaq teacher Johnny Meeko.

Meeko, a retired teacher who spent his career on the Belcher Islands, went on trial in 2015 for 32 alleged sex crimes.

Those charges arose from nine complainants, eight female and one male, who claimed they had been sexually abused by Meeko between 1978 and 2007, when they were his students.

But Morton put forward an application to re-open the case based on “new information” that suggests a false claim against Meeko.

“The new information is a letter received by defence counsel in which an individual alleges being asked to falsely claim sexual abuse by Johnny Meeko. The purpose of the falsehood, according to this individual, was to receive money,” the application said.

The court will now examine that new evidence in May including hearing testimony from at least one witness, and possibly others.