Nunavut court: when you plead guilty you better know what you’re doing

Court finds woman didn’t understand the consequences of her plea 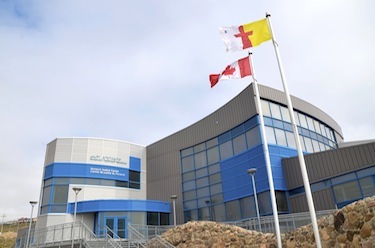 It’s when you say you’re guilty without being fully aware of the consequences, Justice Sue Cooper ruled last month in the Nunavut Court of Justice.

Evangeline Ittinuar of Rankin Inlet pleaded guilty this past June to one count of driving while her blood alcohol level exceeded the legal limit.

But in September she appeared again in court with a different lawyer. This time, she asked Cooper to set aside the guilty plea.

In her application, the accused woman said her former lawyer entered the plea without her knowledge or permission.

Ittinuar said she and her former lawyer discussed a “curative discharge,” but that she didn’t admit to the essential elements of the offence, Cooper said in her judgment.

Under a curative discharge, Ittinuar would pay a fine and be required to take a residential treatment program — and avoid a criminal record.

But when the June guilty plea was entered, she didn’t know she would also lose her driving licence for a while.

That suggests the plea was not an informed decision, Cooper said.

Cooper also said that in the Nunavut jurisdiction, it’s the practice of judges to inquire into the facts that support a guilty plea.

“If an accused does not admit the essential elements of the offence or if the court is not satisfied that the allegations make out the offence, the court will not accept the guilty plea and will set the matter for trial,” Cooper said.

Since Ittinuar now says she is innocent, it’s unlikely the court could accept her plea, Cooper said.

Cooper struck down the guilty plea and ordered a court appearance for Nov. 18 in Rankin Inlet, when the matter will either go to trial or be spoken to by lawyers.