Ontario-based provider filled 246 orders from across the territory 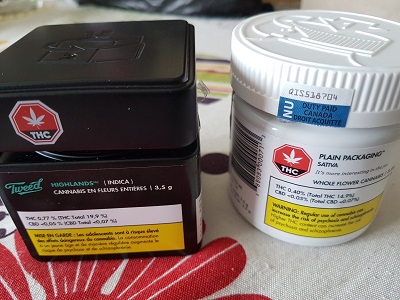 The first legal cannabis has started arriving in Nunavut. In the first ten days of sales, customers across the territory ordered $33,000 in marijuana products through Tweed.com, $10,000 of which will go back to the Government of Nunavut. (FILE PHOTO)

In its first week and a half of legal sales, Nunavut’s sole online provider of cannabis filled 246 orders from across the territory.

Since marijuana was legalized on Oct. 17, through Oct. 26, Canopy Growth’s Tweed.com pulled in $33,000 in sales territory-wide, including taxes and shipping costs, the Nunavut Liquor and Cannabis Commission, or NULC, said this week.

Of that amount, about $10,000 will be remitted back to Government of Nunavut coffers.

Based on preliminary sales, Nunavut customers purchased an average of seven grams per order, the GN said.

Overall, Nunavummiut purchased 1.7 kilograms of cannabis through Tweed.com, which currently offers a selection of four different strains of dried marijuana.

The NULC negotiated a list of about 70 products when it first entered into an agreement with its Ontario-based provider.

But for now, only those four dried cannabis products have been made available to customers in Nunavut, as Tweed manages a high influx of orders from across the country.

The NULC is also working to add additional cannabis providers to its list.

Responding to questions from MLAs in the legislature last week, George Hickes, minister responsible for the NULC, said the commission does not intend to rely on online sales over the long-term.

The GN’s own Cannabis Act allows for in-territory sales, though the commission has made clear it wants to wait until 2019 before it goes that route, while it finalizes its permitting regime.

“[We’re] not anticipating anything within the next six months or so, but I would anticipate inside of a year we will know exactly with specific timelines on where we are going,” Hickes told the legislature on Oct. 26.

Whether sales are in or outside the territory, Iqaluit-Manirajak MLA Adam Lightstone wanted to know what kind of privacy is afforded to customers buying government-regulated cannabis, raising concerns that some Nunavummiut would be reluctant to register for an account to purchase marijuana depending on how their personal information is treated.

“In the event that the minister himself chooses to legally purchase cannabis from the Government of Nunavut’s sales agent, how many people inside and outside of Nunavut will be able to access his personal information from the transaction?” Lightstone asked on Oct. 26.

That’s not quite clear just yet, Hickes said, and could vary by supplier.

“To my knowledge, the only tracking that we are doing through the contractor is volume and destination,” he said. “We are not tracking names of account holders.”