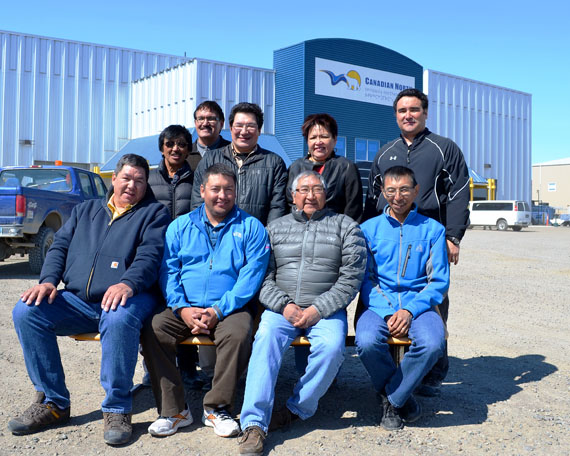 The Inuit development firm Nunasi Corp. will close its corporate office in Yellowknife and transfer its vice-president of finance, Cathy Munro, to an office in Ottawa, the company said July 22 in a news release.

At the same time, the company will maintain a “head office” in Iqaluit and create a new wholly-owned subsidiary company in Yellowknife made up of their bookkeeping staff called Nunasi Financial Services Ltd.

This new firm appears to be located at Nunasi’s former headquarters in Yellowknife, at 5109 48th St., where it will “offer bookkeeping and payroll services as well as conference services through their state of art boardrooms,” the company said.

Okalik Eegeesiak, the president of the Qikiqtani Inuit Association and the chair of Nunasi’s board, praised Munro in a news release.

“She is one of the longest serving employees and the corporate history and experience she has are invaluable assets to the company,” Eegeesiak said.

Plagued by financial troubles afflicting subsidiaries such as Norterra, the operator of Canadian North, the Nunasi Corp. has recently completed a restructuring of its board.

Another Nunasi company, Frobuild 2006 Ltd., which Nunasi owns in partnership with Qikiqtaaluk Corp., will close its doors this fall after losing money steadily since 2006, when they acquired it from its former owner, Jacques Belleau.

Now, the new board governance scheme puts the company firmly within the control of Nunavut’s three regional Inuit associations and their associated development corporations.