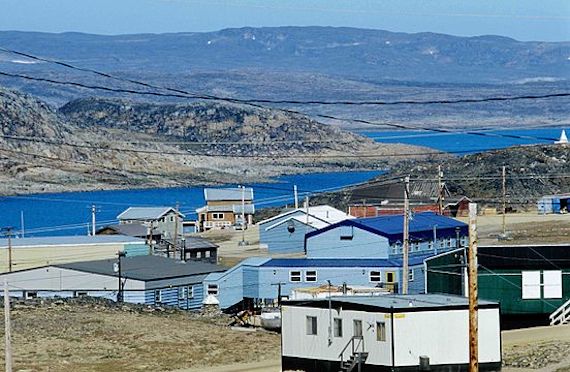 When Nunavut Tunngavik Inc.’s board of directors met last week in Cape Dorset, seen here, they discussed a plan that would see their organization contribute $15 million towards building a territory-wide trauma and addictions treatment system. (PHOTO/WIKIPEDIA COMMONS)

Nunavut could see an addictions and trauma treatment centre, along with new staff housing, built in Iqaluit, if the Government of Canada, the Government of Nunavut and Nunavut Tunngavik Inc. all get on board with the plan.

To encourage the two levels of government to commit to this $73-million project, NTI’s board of directors were asked to approve an investment of $15 million last week at their meeting in Cape Dorset, where they learned more about the concept for the large-scale project and its hefty price tag.

A feasibility study for the trauma and addictions treatment centre, which was underwritten by Indigenous Services Canada and commissioned by the GN’s quality of life secretariat, looked at the establishment of Inuit-focused treatment and rehabilitation services in the territory.

As outlined in a briefing note presented to NTI’s board by Tina Decouto, the land claim organization’s acting director of social and cultural development, the idea now is to build a system that is culturally relevant, and rooted in Inuktut, to deal with trauma and addictions of all sorts, and which will be supported by what Decouto called “a community workforce.”

“We can’t go forward without tackling these issues,” Decouto said of the need for this system during her presentation, whose audio was broadcast online.

Among other things, the plan is based around the development of “three pillars” of treatment: on the land, in community-based facilities and in a central facility, which she called a “recovery centre.”

The proposal calls for that centre to be located in Iqaluit, close to the hospital and other services, but the plan also asks for stable funding for existing trauma and addictions programs in Cambridge Bay, Rankin Inlet and Clyde River, and to expand various communities’ on-the-land programs.

NTI, the GN and other partners in the territory were involved in developing the proposal, Decouto said.

The cost for getting this going: more than $100 million for the five-year project—”a large amount of money,” noted Donna Adams, secretary-treasurer of the Kivalliq Inuit Association, during comments on the proposal.

For the capital development, the hope is that Ottawa will commit $35 million and the GN $23 million, while NTI will invest $15 million, Decouto said.

The governments start to look at their financial commitments this month, she said, which is why NTI’s commitment at the meeting was important.

The proposal also calls for the construction of housing units for 25 staff.

Operations and maintenance money would come from federal government, she said, and amount to roughly $10 million a year.

But without the promise of money from NTI or a lack of participation from one of the other partners, the entire project could be “at risk,” Decouto said.

At the same time, NTI continues to work on its development policy to guide major investments and how to hand out money to other projects, such as the Grays Bay Road and Port Project, whose proponents also came to the meeting in Cape Dorset asking for financial support.

It was unclear, based on the audio from Wednesday’s discussions, what decision, if any, board members would make before their meeting ended on Friday.

An NTI media spokesperson later told Nunatsiaq News that there was no resolution dealing with the addictions and trauma centre, with the item only “brought to the attention of the board of directors” during their meeting.

Hannah Uniuqsaraq, NTI’s acting CEO, added that NTI and the regional Inuit organizations “are looking at ways in which we can support this very important need in Nunavut, one of which is contributing direct funds from Inuit.”

“It is our hope that the Government of Canada will contribute the majority if not all of the funds, similar to the concept of funding hospitals,” she said.

The trauma and addictions project would mark the first time Nunavut has had its own facility since 1998, when the Inusiqsiuqvik Treatment Centre in Apex closed.

Since then, residential treatment has been available only at centres outside Nunavut, such as the Mamiqsarvik Healing Centre in Ottawa, or at mobile treatment sessions, like those occasionally offered in Cambridge Bay.

During the feasibility study, consultants had eyed the Piqqusilirivvik cultural school’s $32.2-million building Clyde River, but the Department of Health then said in June it had no intention of doing that.