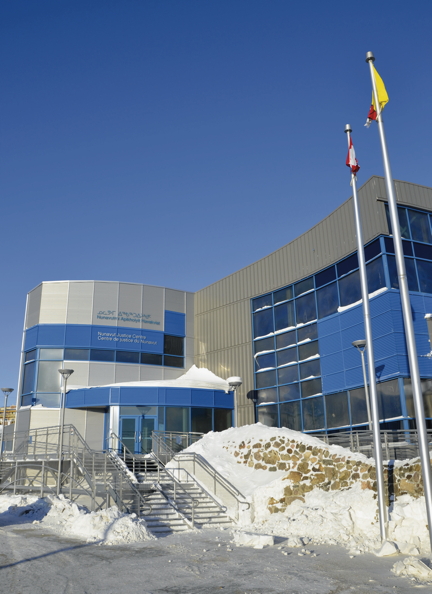 Justice Susan Cooper has invited Nunavut Tunngavik Inc. and the regional Inuit associations to intervene in a child custody case that involves a three-year-old child, the child’s maternal great-grandparents, and the child’s biological father. (FILE PHOTO)

A Nunavut judge has called attention to an ongoing legal fight over the custody of a three-year-old girl and its potential effects on the role of foster parents in the territory.

And she has invited the Government of Nunavut, Nunavut Tunngavik Inc. and regional Inuit associations to intervene ahead of an expected trial.

“The role of foster parents in custody battles, especially if the foster parents are extended family members, raises complex issues that have to be determined by a trial,” Nunavut Justice Susan Cooper said in a recently circulated copy of a short-term ruling she made Dec. 11 and released to the public last week.

The trial would decide a dispute between the child’s biological father and her maternal great-grandparents, who have acted as the child’s foster parents for most of her life.

In her short-term ruling, Cooper granted the biological father limited access to the child for one month, after the great-grandparents disregarded previous court orders to send the child to visit him after they noticed alleged “negative changes” in her behaviour after a visit.

The great-grandparents became foster parents to the child in 2015 due to the “highly dysfunctional relationship” of the biological parents when the father was charged with a criminal offence and spent time in remand as a result of outstanding charges, Cooper said.

The biological mother is not seeking custody.

Nunavut’s director of children and family services granted an emergency order to extend the duration of custody by the great-grandparents in November 2015.

But Cooper said, after reviewing court transcripts, the order was not expected “to be anything more than short term.”

The short-term order has been in place now for over two years, or more than half of the child’s life.

“The delay in this matter is of concern,” Cooper said, because the relationship between the great-grandparents and the biological father is “a difficult one” and continuing tensions work against the child building relationships with family on both her mother’s and father’s sides.

“It operates very much to the advantage of the great-grandparents and to the prejudice of the father.”

Cooper is inviting Nunavut’s director of children and family services, as well as Nunavut Tunngavik Inc. and the regional Inuit associations, to make submissions at the upcoming trial.

As part of ongoing disclosure ahead of the trial, Cooper re-ordered the production of any criminal records possessed by the biological father and the great-grandparents, after an original 2015 order to do so was not followed by either party.

Cooper dismissed a motion by the great-grandparents to appoint a lawyer for the child, citing the girl’s young age and inability to engage in a lawyer-client relationship.

She left the door open for a future assessment of the child’s needs under the Children’s Law Act, but added, “there do not seem to be the resources in Nunavut to do such an assessment.”

Cooper directed a court officer to explore the issue of how to do an assessment with Nunavut’s representative for children and youth.

The trial is scheduled for June 25 in Cambridge Bay.