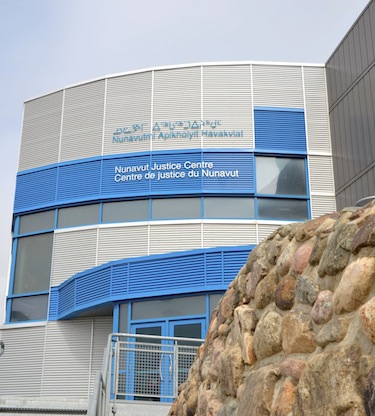 A Pond Inlet man is not guilty of sexual assault in a case involving a five-year-old boy, Justice Bonnie Tulloch ruled Aug. 27 at the Nunavut Court of Justice in Iqaluit at the end of a day-long trial.

However, Tulloch did not doubt that Ivan Mucpa, 29, might have sexually abused the child.

But she said there was enough reasonable doubt created by the evidence in the case to find Mucpa not guilty.

“I’m sad to say that I cannot convict with the evidence before the court,” Tulloch said, adding she did “suspect” it is likely the accused did commit the offence in Feb. 23, 2012 in Pond Inlet.

Mucpa is alleged to have touched a five-year-old under his pants at the boy’s father’s home after smoking a gram of marijuana with three or four others in the home at the time.

The father was not home at the time of the incident.

A witness — the complainant’s brother, now 16 years old — told the court that he saw Mucpa with his hand down the young boy’s pants.

The witness told court he had entered the room to tell his brother about his plans to go outside and play with his friends.

That’s when he saw Mucpa sexually assaulting the young complainant, the witness said.

Mucpa was sitting in a chair two feet away from the boy, while the boy remained asleep in bed, he told court.

In court, the brother testified that he thought Mucpa had touched the boy by demonstrating on a stuffed, fully clothed doll.

The brother reached over the witness box and put one hand down the doll’s pants near the crotch area to show the judge where he thought the touching happened.

After the witness saw the incident that night, he said he immediately woke his brother up and took him to his mother’s house across town.

There, the witness told his mother what he saw, and she reported the incident to the RCMP in the morning.

Mucpa was arrested the next day. Feb. 24, and has remained in custody since.

However, during an RCMP interview the next day, the witness told an officer that Mucpa had touched his brother on the outside of his clothes, not the inside of his pants.

That’s just one of many discrepancies in the case, Tulloch said.

Mucpa’s story differed completely from what the 16-year-old witness had said in court.

Mucpa said that after being kicked out of his aunt’s house, he sought shelter on the night in question at the complainant’s father’s house — as he did nearly every Friday and Saturday night

Mucpa said that after buying marijuana, smoking it in the living room and playing on the computer and a PlayStation, he joined his friend in his bedroom and slept in an extra bed across the hallway from the boy’s room.

Mucpa said he saw the complainant and the witness briefly that night, but paid no attention to the two. Mucpa also said he did not talk to them at all that night.

In court, defence lawyer Leslie Moore said Mucpa is “not being evasive. He’s answering as honestly as he can,” that the Crown’s case lacked evidence, and the story told by the Crown’s main witness had been too vague.

Moore also said the witness didn’t like Mucpa, because he always watched movies on the television in his room, preventing the witness from playing his Xbox games.

When asked directly by Crown prosecutor Barry McLaren Aug. 27 if he touched the five-year-old boy in his private parts, Mucpa simply said “no.”

Tulloch did sentence Mucpa to a day in prison for pleading guilty to two counts of breach of parole.

But Mucpa will not be walking the streets anytime soon.

On July 25, he was sentenced to three years in custody on a separate matter — a sexual assault and unlawful confinement conviction.