Nunavut law grad making a name for herself in Ottawa 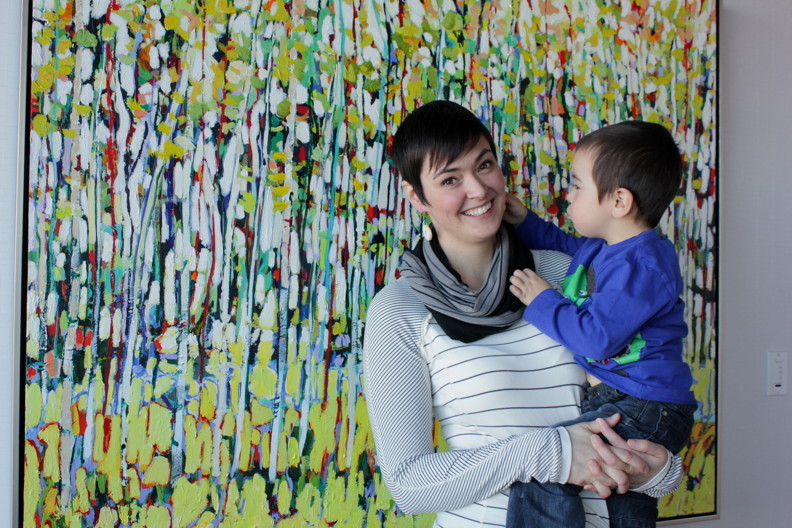 Qajaq Robinson, named after Lazarus Kyak, one of the first RCMP special constables in the North, with her son Philip, named after Qajaq’s late brother. (PHOTO BY LISA GREGOIRE)

OTTAWA — When the haters and online trolls called her client a wagon-burner and threatened to do a tomahawk dance on the lawn where the Ojibway father lives with his wife and two daughters in Ottawa, Qajaq Robinson just kept picturing all the people who had thanked her.

The memories bring back a rush of emotion for Robinson. She dabs at her eyes.

“It was worth it, hearing accounts from residential school survivors who had that term used on them and their accounts of feeling so weak and vulnerable and unable to fight against that,” said the Igloolik-born Robinson, who is now a lawyer with Borden, Ladner, Gervais in Ottawa.

“I don’t know how many people came up to Ian and me with gratitude, saying thanks for fighting what that little child in me couldn’t. If my son ever wants to play football in this city, he’ll never have to see that.”

“That” is a Nepean Redskins Football Club logo and the client is Ian Campeau, otherwise known as DJ NDN, part of the Aboriginal rap group A Tribe Called Red, who won a Juno wards for breakthrough group of the year March 30 in Winnipeg.

Campeau had tried for several years to persuade the Redskins football club, a member of the National Capital Amateur Football Association, to change its name because he considered the term offensive and derogatory.

But it wasn’t until Robinson got involved and helped him file a complaint with the Ontario Human Rights Tribunal that the club finally relented.

In January 2014, they officially changed their name to the Nepean Eagles. She and Campeau were overjoyed, albeit a bit surprised.

“When we got the news through the media that they were going to change the name, it was like,” she imitates a person trying to run who can’t, “where do I put this energy now? I mean, I had prepped my opening submissions for a year!”

Robinson, a graduate of the Akitsiraq law program in 2005 — a partnership between the University of Victoria and Nunavut Arctic College — is telling this story from the 13th floor of Ottawa’s World Exchange Plaza, where she now works for Borden Ladner Gervais.

The view from our glassed-in meeting room is a postcard-perfect image of Parliament Hill, just three blocks away, where her husband Kipanik Eegeesiak works for the RCMP’s parliamentary security detail.

Her son Philip, three, is with us today because it’s spring break. He speaks a mixture of Inuktitut, English and French — they live in Gatineau after all.

The BLG offices, decked out in modern furniture and original contemporary art, are flooded with daylight, crisp suits and designer footwear. It smells like money.

But when Robinson petitioned BLG to take on the Campeau case pro bono in the fall of 2012, she had only been at the firm for two months and hadn’t actually earned BLG any of that money.

The pro bono panel approved the case, so Robinson spent a year on and off researching other cases and decided that a human rights challenge was the best route. They filed their challenge in September 2013 and within three weeks, the club announced they would change their name.

It adds momentum to other cases across North America.

High-profile critics have called on the Washington Redskins NFL team to change their name, for example.

Several national media, including the Sports Illustrated magazine, have dropped the word Redskins when referring to the team. Even Barack Obama has weighed in on the issue.

Closer to home, the Saskatoon Public School Board voted March 4 to force Bedford Road Collegiate high school to scrap the 100-year-old Redmen name and logo of an aboriginal man in braids and feathers, from their sports teams.

Robinson says she’s honoured to be part of this trend to do away with team names that are derogatory toward aboriginal peoples.

The journey from Ataguttaaluk Elementary School in Igloolik, where Robinson was raised by her school teacher father, Bryan Robinson, and her librarian mother Mireille Mathieu, has been arduous but fated.

Law seemed like a natural outcome of growing up in an oral tradition, she said, with great orators and storytellers. But that’s not all.

“I liked to be in court. I like thinking on my feet. I like articulating my position. I like advocacy. I get a rush from it,” she said, before adding, “or, I’m just an arguer. I like competition.”

After finishing her law studies at Akitsiraq, Robinson articled at Maliiganik Tukisiiniakvik and then became a Crown prosecutor travelling around Nunavut on the circuit court for four years.

Practicing law in Nunavut was satisfying. She relished the opportunity to translate complex legal terms into Inuktitut and contribute to a wider understanding among northerners of Nunavut’s, and Canada’s, political framework, which is based on the rule of law.

But she craved a broader legal experience and mentorship that could only be met at a larger firm with a more varied roster of legal services and clientele.

The opportunity came with a job offer from BLG, a prestigious national firm with offices coast to coast, some of the country’s most high profile and accomplished lawyers and a roster of northern specialists they call Team North.

The job interview was more than a little intimidating. But she nailed it.

“I told the Globe and Mail when I was graduating law school that one day I was going to prove to anyone who questioned the quality of Akitsiraq Law School and its graduates that I was going to swim with the sharks one day. Swim,” she said for emphasis. “I wasn’t going to drown.”

Team North is a multi-disciplinary group of roughly 70 BLG lawyers who do varying degrees of work in all northern jurisdictions including First Nations communities in the northern parts of the central and western provinces. It was launched five years ago and has been growing ever since.

It was BLG which conducted the 2012-13 review of the Nunavut government’s Nunavummi Nangminiqaqtunik Ikajuuti procurement policy, for example.

The firm also assisted Nunavut’s justice department during the 2012 Nunavut Impact Review Board hearings into the Mary River iron project.

In fact, Chamberlain says he uses the NIRB as an example of how indigenous traditional knowledge can be meaningfully incorporated into the environmental review process when he’s working on files involving southern aboriginal peoples.

He said BLG considers itself lucky to have snatched up Robinson before some other firm did. And with the demand for legal services in the North growing, he considers her northern insight and experience valuable assets.

For her part, Robinson has to pinch herself often to make sure she’s not dreaming. But she also reminds herself that she’s worked hard, she’s paid her dues and she deserves to be here.

“I have to meet the same targets and the same expectations and the same performance level that everybody else has to meet. That appeals to me for two reasons,” she said. “It means I’m going to learn and I’m going to grow. But it also means I’m for real swimming with the sharks.” 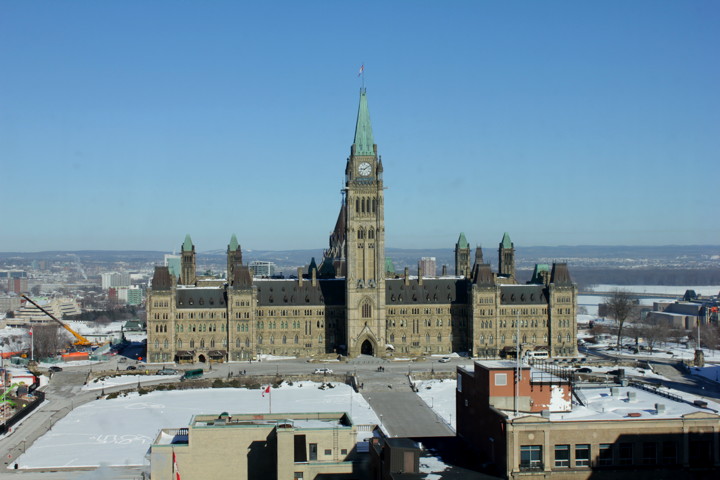