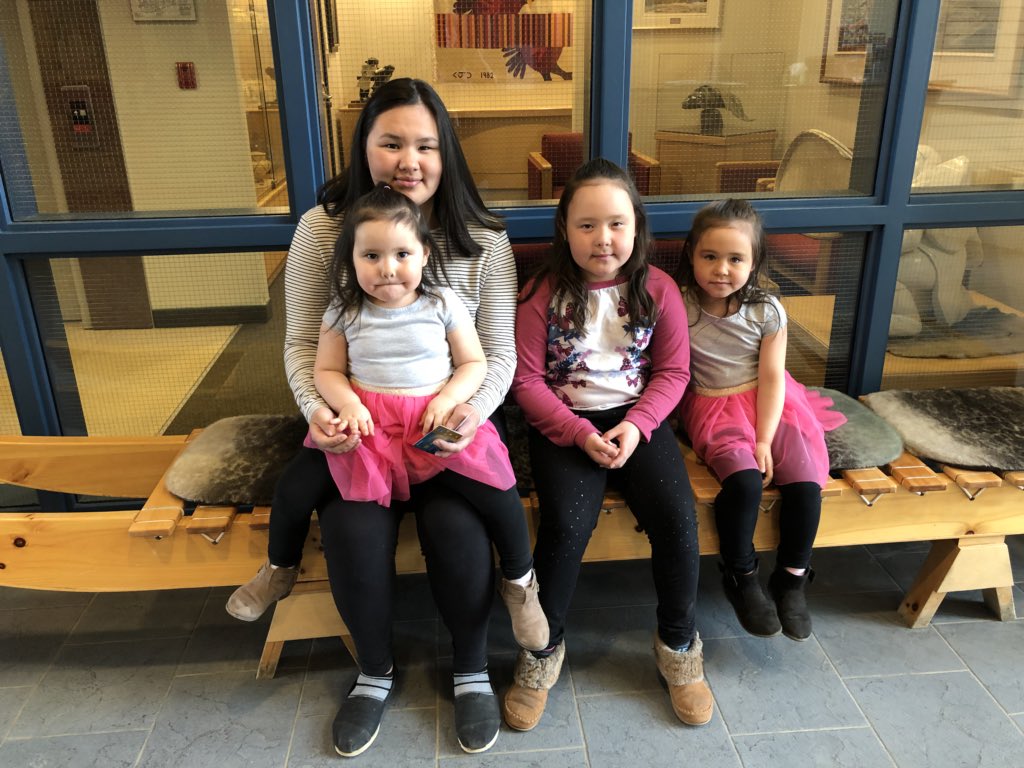 The daughters of Kugluktuk MLA Mila Kamingoak visit their mom at work in the legislative assembly June 13. The assembly has created a commission to look at how to make MLAs’ pay packages more family-friendly. (PHOTO BY JANE GEORGE)

The Legislative Assembly of Nunavut is looking for applicants to sit on a new commission to review compensation for its members, with the goal of making MLAs’ pay packages more family-friendly.

The legislature’s management and services board has approved the creation of an independent commission to look at members’ indemnities, allowances, expenses and benefits—basically all the compensation MLAs receive in addition to their salary.

The last time that compensation was reviewed was in 2009.

“One of the objectives of the commission will be to make recommendations concerning practical and cost-effective ways to support the work of members who have young children,” said Joe Enook, MLA for Tununiq and Speaker, in the legislature on June 13.

“As my colleagues are well aware, legislatures across the country are working to make their institutions more family-friendly than they were in previous eras.”

On top of their base salaries, MLAs may also receive a housing allowance, a northern allowance, and additional indemnities for serving as the Speaker, a minister or a committee chair.

But there is nothing in place to help MLAs cover the costs associated with having young dependants at home, or travelling with them for work.

“I think this is a key consideration when we look at the importance of having more women represented here in the assembly,” said Arviat North-Whale Cove MLA John Main, who has two young boys, in the legislature on June 13.

“Although in this day and age, more men are taking on the role of child care providers, it is still very hard for mothers especially to balance work and personal life.”

The new commission is looking for no more than five members, who would be appointed to their roles in September 2018.

The group would have to submit its report with recommendations to the Speaker by March 31, 2019.

Candidates must be “of good character and have a demonstrated ability to analyze complex written information, including statutes, financial statements and related documentation.”

Fluency in Inuktut would be considered an asset, the management and services board said in a release.

Applications will be accepted at submissions@assembly.nu.ca until Aug. 17 at 5 p.m. EST.

Enook said that all expenditures of the new commission would be funded within that existing budget.