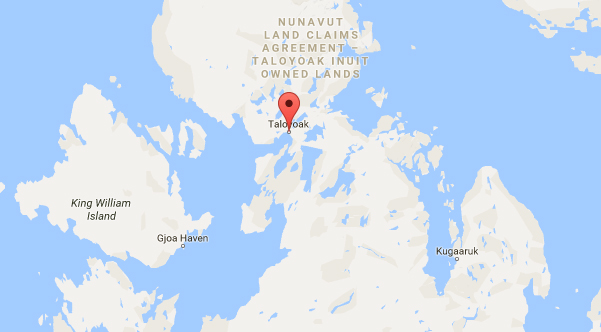 27-year-old Lester Uquqtuq has been formally charged with dangerous driving after he was alleged to have hit two children with his ATV earlier this week. (GOOGLE MAPS IMAGE)

A 27-year-old Taloyoak man has been charged with dangerous driving after he allegedly hit two children in the Kitikmeot community earlier this week.

Two nine-year-old children were struck by a man driving an all-terrain vehicle in Taloyoak Aug. 21, sending them both to a southern hospital for treatment.

The RCMP said Aug. 24 that both children remain in stable condition in hospital.

The ATV driver, Lester Uquqtuq, has now been charged with the dangerous operation of a motor vehicle.

The investigation in continuing, but police said that alcohol was not a factor in the accident.

Uquqtuq is scheduled to appear in court Oct. 25 in Taloyoak.