HPV vaccinations can reduce oral cancers among boys and men 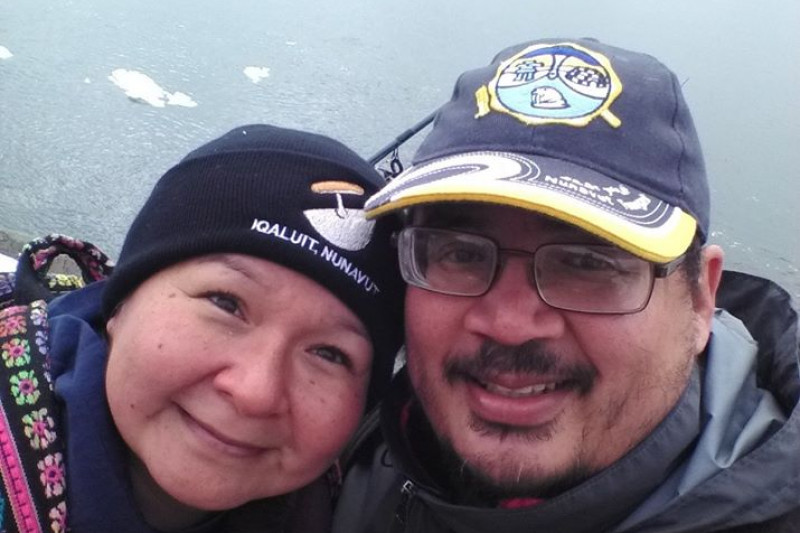 Richard Paton, who suffers from throat cancer, is reaching out online for help to reunite with his family in Iqaluit and raise awareness about cancer related to HPV. (PHOTO/GOFUNDME)

An Iqaluit man has reached out to people online for financial help so he can see his family while he undergoes treatment for throat cancer.

His hope is to raise $12,000 to bring his family, his wife and four boys to visit him in Ottawa.

“I am looking for assistance financially to get my family down to Ottawa to be with me for a portion of the treatment,” Paton said on the fundraising page.

Paton said he’s also worried, as the family’s sole wage-earner, about what will happen when he falls into unpaid leave from his work.

Bringing his family down for a visit would at least allow him to focus on treatment, which will include radiation and chemotherapy, and not worry so much about how they are doing.

For now, Paton’s contacts with his family are possible only via Facebook Messenger, he told Nunatsiaq News.

Paton, 50, discovered a lump last December while he was shaving. Then, physicians at the Qikiqtani General Hospital determined there was a five-centimetre mass on his tonsils, which had also spread into the space behind.

Paton said he’s thankful that doctors believe they can remove the lump through radiation and chemotherapy.

But he’s already been away from Iqaluit for more than two weeks and faces about two more weeks of pre-assessment, followed by seven weeks of treatment.

Reached on Jan. 29, Paton said he is “hopeful and anxious.”

“There are challenges with every type of cancer and I see hope at the end of mine, as it is limited to my throat,” he said.

But he said his anxiety comes from not knowing how severely the radiation and chemotherapy will affect him during and after treatment.

“I think the challenge with that going forward will be in how the treatment may affect my voice given the location of the cancer,” he said.

His throat cancer is related to the HPV or the human papilloma virus and not due to smoking, Paton said, adding that he plans “to raise awareness of it when I can.”

Oral cancers remain about the top four cancers affecting Nunavummiut, with an average of four cases per year, usually diagnosed at about the age of 50, according to a Government of Nunavut cancer report from 2013.

Overall, oral cancer rates are significantly higher in Nunavut as compared to the national average and are trending up, the report said.

Factors influencing risk the oral cancer include genetics, environmental factors and infectious agents, such as HPV, which is one of the most common infections, transmitted by intimate contact, in Canada and around the world.

All provinces and territories have publicly funded, school-based HPV vaccination programs for girls nine to 13 years of age. Since the 2016-17 school year, Nunavut ‘s program has also expanded to include boys.

Medical experts says boys have a special need for HPV prevention, because while women receive pap tests to detect early cervical cancer, there’s no similar program for boys and men to detect head and neck cancers related to HPV.

Given the North’s spotty and far-flung health care system, there’s need for more prevention and screening generally, they say.